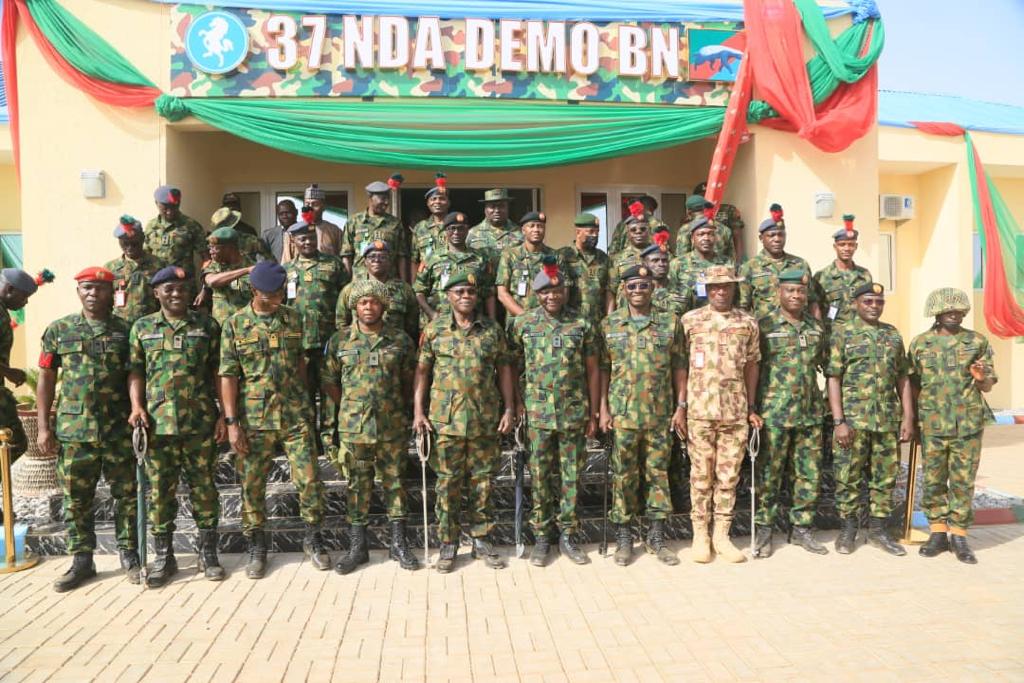 This article will detail how to join the Nigerian Defense Academy, as well as information on the academy and what it has to offer in general.

Note: the Nigerian defense academy is also known as NDA.

To be considered eligible for admission to the Nigerian Defence Academy (NDA), prospective individuals must meet the following requirements.

The following requirements are to be met to be eligible for admission into the Nigerian defense academy:

In the Faculty of Engineering, however, only one supporting relevant credit is required.

All candidates must log in to the application portal at https://ndaapplications.net/, click “Purchase Form,” and pay N3,500.00 via REMITA for their application.

Please note that only RRR Codes obtained through the application portal will be accepted for payment.

The application forms must be fulfilled online together with the scanned SSCE results.

Aspirants must download an Acknowledgement Form after submitting their online application.

The Screening Test will only be given to candidates who meet the minimum admission standards.

Engineering has a UTME score of 210 points. 180 points for those in the Arts & Social Sciences and Science.

About the Nigerian defense academy

The Nigerian Defence Academy is similar to other Nigerian higher education institutions.

The Nigerian Defence Academy differs from other higher education institutions in that it offers both academic and military training.

You can join the Army, Navy, or Air Force. The Nigerian Defence Academy (NDA) requires five years of training before graduating and becoming a military officer.

The Nigerian Defence Academy (NDA) was founded on February 5, 1964, in response to independent Nigeria’s defense demands, to train officers for the Nigerian Armed Forces.

The Royal Military Forces Training College was the name of the institution before then (RMFTC).

It was renamed the Nigerian Military Training College after Nigeria gained independence in 1960.

Through military, intellectual, and character development, the Academy’s mission is to provide each officer cadet with the information, abilities, and values essential to satisfy the criteria of a military officer.

The Academic Branch is in charge of cadet academic training as well as civilian staff management.

The branch also houses the Postgraduate School and the Academy Library.

It is led by a professor who is the Academy Provost (AP).

The Academy Registrar, a Brigadier General, the Academy Librarian, and Deans of Faculties support the AP.

In terms of teaching, research, and community service, the Branch performs functions similar to those of traditional universities.

The Academic Branch is in charge of running the NDA’s Regular Combatant Course’s academic degree program.

It also offers postgraduate degrees for military and civilian applicants.

Cadets who are considered to be worthy in character and learning are awarded Bachelor’s degrees in the following disciplines upon completion of the academic program.

List of accepted courses offered in the Nigerian defense academy.

Through military, intellectual, and character development, NDA’s purpose is to provide each officer cadet with the information, skills, and values essential to satisfy the criteria of a military officer.

The NDA’s vision is to produce officers with broad-based training in both military and academic areas that would serve as a basis for the Nigerian Armed Forces’ officers’ future progressive development.

There are five (5) directories, they include:

The Directorate of Coordination

A Director with the established rank of a naval commodore leads the Directorate of Coordination (D-Coord).

He is In charge of the coordination of all Academy activities as well as communication with external units, formations, and civil groups.

The Directorate of Administration

A Director from the Navy with the established rank of commodore leads the Directorate of Administration (DOA).

He is in charge of the Academy’s military personnel, administrative operations, activities, and policy formulation.

The Directorate of Information and Communications Technology

The Directorate of Information and Communications Technology (DICT) is in charge of ensuring that the NDA’s ICT policies and programs are properly administered and implemented.

A Director is in charge of the Directorate. A serving military officer with the established rank of air commodore leads the Director’s office.

The Directorate of Logistics

All logistical problems in the Academy are handled by the Directorate of Logistics (D Log).

A Director with the established rank of air commodore leads the Directorate.

The Directorate of Finance

The Academy’s financial concerns are managed and controlled by the Directorate of Finance (DOF).

The Directorate is commanded by a brigadier general in the Army.

The Nigerian defense academy can be like making two achievements in one.

Interested persons should make use of the opportunity, and check the requirement and applications.