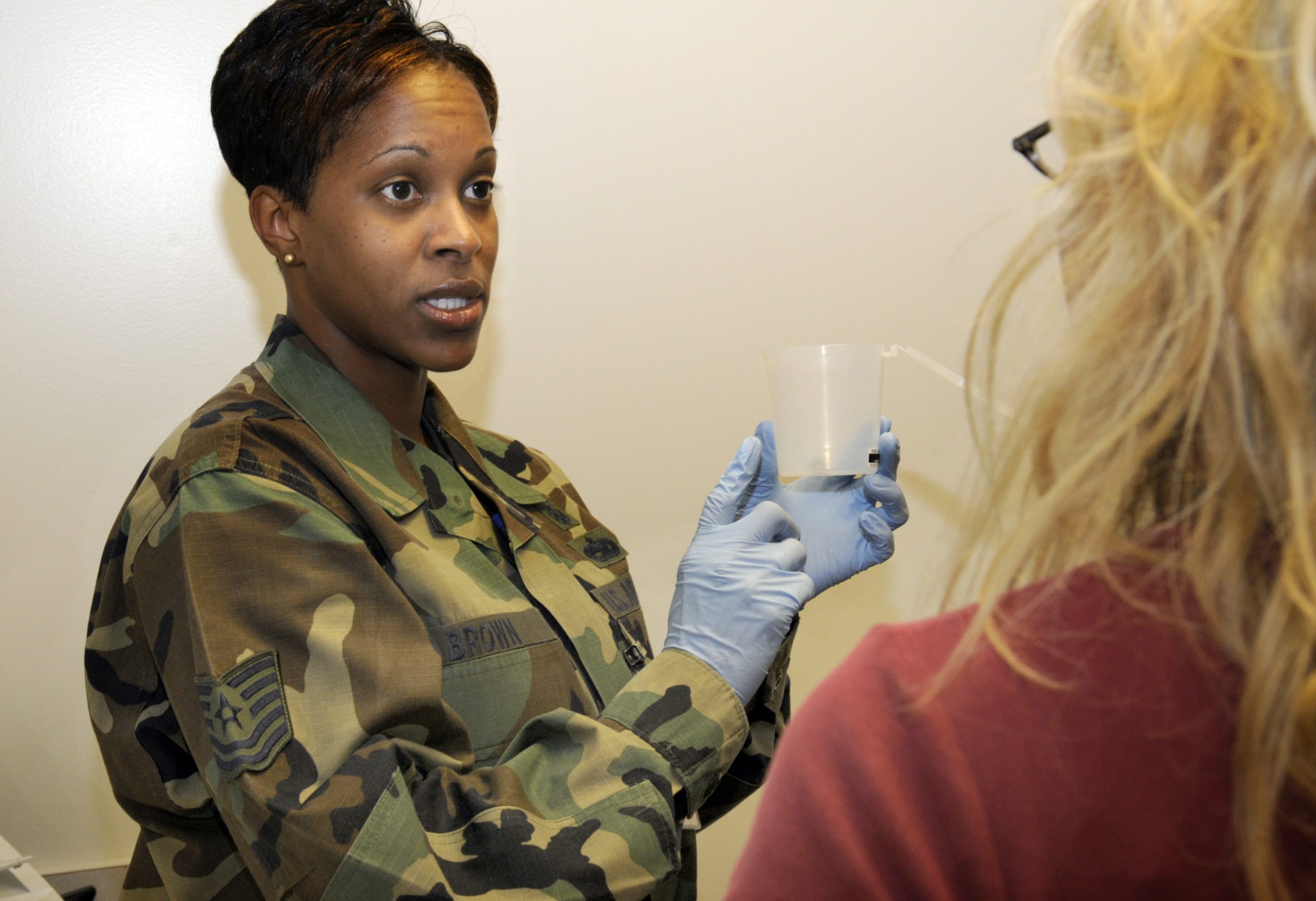 As an aspirant air warrior, you must know that the airforce drug testing is serious because the airforce has zero tolerance for drug use.

As an air warrior, you are entrusted with protecting the airways of your country, and assisting the navy and army, whenever they need help. You must do this without the use of hard drugs.

Keep reading and find out all you need to know about airforce drug testing.

The airforce drug test is carried out on every member of the force every year.

Airforce commanders can also conduct an emergency drug test on any of their airforce officials if they suspect the use of illicit substances in their camp.

All airforce officials must comply with this rule or face disciplinary actions from their superiors.

You can either debate the result or forfeit your career if your airforce drug test comes out positive.

How Does Airforce Drug Testing Work?

What is the first thing you do when you are called for an airforce drug test?

Well, the first thing airforce officials do during a drug test is write their names on the container provided for the drug test.

A medical supervisor is meant to stand beside you, to ensure the urine sample is not contaminated or faked.

After you have submitted your urine sample, the medical superior seals the container to prevent people from tampering with it.

These urine samples are boxed and taken to a lab for screening to check for the presence of illicit drugs. A program manager monitors this process.

Before a program manager is appointed to monitor the process he must be properly screened to prove that he is trustworthy and sincere.

He must sign a chain of custody document that shows the record of all airforce officials who took the test.

Any urine sample that tests positive is rescreened to ensure perfection.

If the result is the same, the urine sample goes through gas chromatography to point out the specific substance in the urine.

When the substance is below the prescribed concentration, the drug test is reported as negative. All airforce drug test takes 5 to 7 days to come back.

The test result is posted on the airforce web portals for supervisors and superiors to see, thereby making it difficult for airforce officials to hide their results.

Medical officials are also involved to ensure legal drugs for medical use are not reported as illegal.

What Happens When Your Airforce Drug Test Comes Out Negative?

The punishment for a failed airforce drug test spans from administrative separation to a court martial which can hinder your airforce career.

However, having a positive drug test is not the end of the world because there are ways you can debate your drug test result.

Knowing how to file for a drug test complaint is important because your next option is an administrative separation or a court martial.

You can choose to retake a drug test depending on how strict your commanders are. Airforce recruits who tested positive for a drug test can also reapply 90 days after the former test.

You must know that if you fail the second drug test you can never serve in the military again.

Active duty members are not given the opportunity t debate or retake a drug test. If they test positive, they would face an administrative separation of duty or a court-martial.

Below is a list, containing the processes you can go through in debating your drug test.

The airforce drug testing process is strict activity, with instructions from the airforce superiors, project managers, and medical officials that work hand in hand to provide the best result.

Any mistake in a urine sample might lead to a debate about a positive drug test result.

For example, due to the operator’s error Urine samples could be switched, mislabeled, and mishandled.

They can also come out positive when the equipment used during the screening process is faculty.

If an airforce official can provide evidence that the operator testing his sample deviated from the approved standard, your punishment would be relieved.

Showcase That Your Drugs Are Prescribed.

Some depression and anxiety diagnoses use certain drugs that might look like illegal drugs resulting in a false positive result.

In this case, you must prove that the drugs were prescribed by a drug.

After this, proper testing by a physician is required to prove that the drugs in your system are not illicit substances.

Prove You Unknowingly Swallowed The Drug.

One of the processes of proving a positive drug test wrong is showing that you wrongfully used the drug.

A case would be set up for the airforce official if he can prove that he unknowingly used the drug.

In addition, if your food or drink was accidentally spiked you are not considered wanting.

Go Through A Military Defence Lawyer

The consequence of failing a drug test is crucial to the career of the offendant.

Therefore you need an experienced military defense lawyer to stand for you.

Your attorney would work tirelessly to restore your reputation or minimize your punishment if you are proven guilty.

Now you are aware of the airforce drug testing process.

If you intend on pursuing a military career, ensure you are completely free from drugs.

A career in the Airforce is one of the best in the world, so you are on the right track.