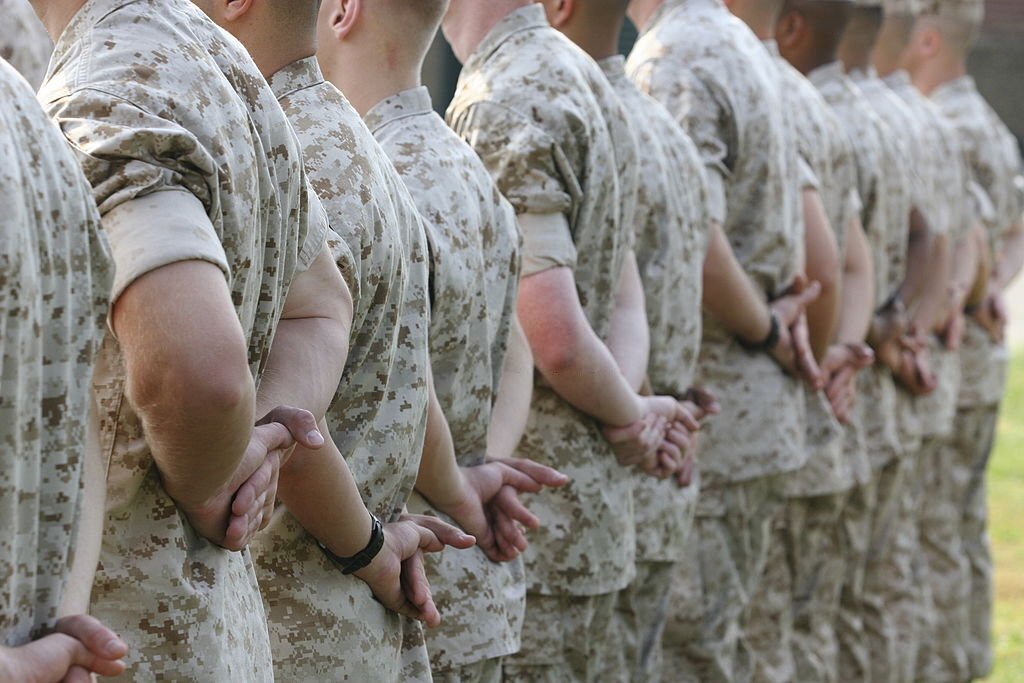 The Department of the Navy is where the United States Marine Corps, a distinctive branch of the US military, is organized.

The Marine Corps has mastered the art of military organization thanks to its extensive prestige and more than 241 years of combat experience.

The Marine Corps provides the National Command Authority with a military force with a wide range of operational options when it deploys for combat as a combined-arms Marine Air/Ground Task Force (MAGTF).

Marine Corps regiment’s composition can change depending on the unit’s requirements and available personnel, but is typically divided as follows:

The Marine Corps’ main mission is to supply combined-arms Fleet Marine Forces, along with any necessary air support, for use with the fleet.

The Marine Corps must have at least three combat divisions, three aircraft wings, and other services as needed to function during peacetime.

While a fourth Marine division and aircraft wing are kept in reserve by the Marine Corps.

The service and operational chains of command are parallel in the USMC’s organizational structure.

For missions and forces assigned to combatant commands, the operational chain passes from the President through the Secretary of Defense to the commanders of those commands.

The MEU, which is under the command of a colonel, is used to carry out regular forward deployments with fleets in the Western Pacific, the Mediterranean, and occasionally the Atlantic and Indian Oceans.

The battalion landing team (BLT), an infantry battalion reinforced with artillery, amphibious assault vehicles, light armored reconnaissance assets, and other units as the mission and circumstances require, is the term used to describe the ground combat element (GCE).

The MSSG consists of specialists in medicine, dentistry, maintenance, engineering, and other technical fields.

All the logistics experts required to maintain the GCE, ACE, and organic equipment are present in the MSSG.

The Command Element (CE) consists of specialized detachments offering direct action capability, naval gunfire liaison capability, reconnaissance, and other services in addition to the MEU commander and his supporting staff.

The CE of a MAGTF smaller than a MEF may not be a permanent entity, which poses a significant organizational constraint.

A task organization designed specifically for carrying out ground operations is the GCE, built around an infantry unit, whose size can range from a rifle platoon to a reinforced Marine division or divisions, and it includes its natural resources.

The aviation command, combat, combat support, and combat service support units necessary for the execution of the mission are typically included in the ACE.

The CSSE is task-organized to perform those tasks that fall outside the natural scope of the other MAGTF components.

The Marines have a slightly different organization for their aviation commands. They are organized as:

Squadron: Which is applied to flying & non-flying units, and depending on the type of squadron, there are anywhere between 4 and 24 aircraft in an aircraft squadron.

Marine Corps Of Chain of Command

Within the Marine Corps, there are two parallel chains of command, which are the service and operational chain of commands.

For matters that are unique to the Marine Corps, the Service Chain of Command is used. Below is a list of the service chain of command:

While forces are commanded following operational or functional missions using the operational chain of command.

This frequently entails using services that are not provided by the Marine Corps. Below is the operational chain of command breakdown:

The Commandant of the Marine Corps and the organizations on his command staff that supports his operational and administrative capabilities make up HQMC.

The following USMC subordinate commands are directly under the Commandant’s control and report to the Secretary of the Navy.

Located in Norfolk, Virginia, the U.S. Marine Corps Forces Command (MARFORCOM) is in charge of all Marine forces in the Southern and European theaters (MARFORSOUTH and MARFOREUR).

All operational and shore-based Marine Corps commands in the Pacific theater are under the command of U.S. Marine Corps Forces, Pacific (MARFORPAC), which is based in Hawaii.

The United States Marine Corps Reserve (MARFORRES) is in charge of offering trained units in reserve status that can be activated during times of war, national emergencies, contingency operations, and relieving active duty Marines.

The Commandant And Sergeant Major Of The Marine Corps

The senior officer of the United States Marine Corps and the one who commands it is called the Commandant of the Marine Corps.

The Commandant is not always the highest ranking Marine Corps officer, but his position as Commandant elevates him above all other officers.

The Senate must confirm the President’s nomination of the Commandant before it becomes effective.

The Commandant, who is not the Chief of Naval Operations but is a member of the Joint Chiefs of Staff, answers to the Secretary of the Navy.

The Commandant is not a direct commander on the battlefield, but he is in charge of keeping the Marine Corps in fighting shape.

He serves as the Corps’ symbolic and practical leader and is highly regarded by Marines.

The Marine Corps Sergeant Major is regarded as the most exceptional enlisted Marine.

The first position of its kind in any branch of the American armed forces was the Sergeant Major of the Marine Corps, which was created in 1957.

The Eagle, Globe, and Anchor are flanked by two stars in the distinctive rank insignia of the Sergeant Major of the Marine Corps.

This article provides all available information on the United States Marine Corps chain of command, mission, and structure.

You can consult this article for any information regarding the command, mission, and structure of USMC.