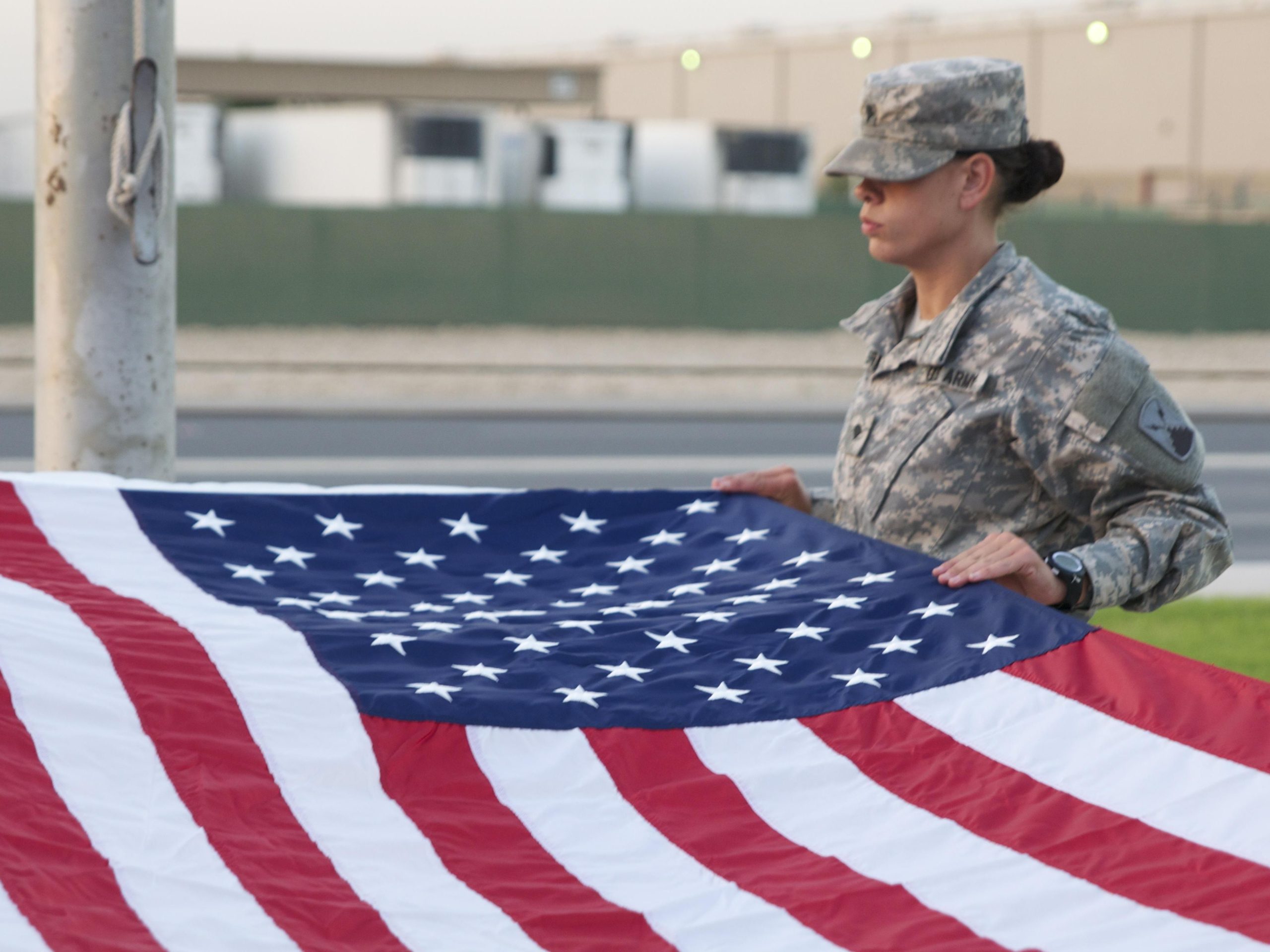 When a reveille ceremony is not held at the base flagstaff, this formation is employed. Read below to see the United States Flag Raising Procedures at Reveille and events that require flag raising

A reveille ceremony may be held in conjunction with the hoisting of the flag if the commander so wants. This ceremony takes place after sunrise in the vicinity of the base flagstaff. Reveille is generally held in the unit area, with a squadron in line formation.

The Flag Raising at the Reveille Ceremony is accompanied by several activities. They include:

At this point, the flag security detail arrives at the flagstaff and stands ready.

Following the playing of reveille, the unit commander issues the instructions Squadron ATTENTION and Present ARMS, facing the flagstaff and executing present arms.

The national anthem, often known as “To the Colors,” is played during this signal.

The flag is held by a senior member of the detail to prevent it from reaching the ground.

The salute is held by the unit commander until the last note of the music is performed.

Then they carry out the directives Order, ARMS, and order arms, faces around.

Following that, the troops are marched back to the dismissal area.

When possible, the flag is hoisted by a detail consisting of an NCO and two junior enlisted.

Sidearms should be carried by this group (if the special equipment of the guard includes sidearms).

The detail is organized around the NCO in the center who is carrying the flag.

The detail is then marched to the flagstaff, where it is halted and the flag is hoisted.

The flag is always raised and lowered from the flagstaff’s leeward side.

The two junior enlisted men go to the halyards and take a position facing the staff to hoist the flag without tangles.

The NCO holds the flag until it is lifted free of his hands, taking special care to ensure that no part of the flag touches the ground.

When the flag is free of the NCO’s hold, he stands up and executes the current arms.

All members of the detail execute order arms on command of the senior member on the last note of the music or after the flag has been hoisted to the staff head.

If necessary, the halyards are then tied to the cleat of the staff, or the flag is lowered to half-staff and the halyard secured.

The detail is reassembled and marched back to the dismissing area.