Presenteeism (and how much it cost employers) – Recruitbros Skip to content 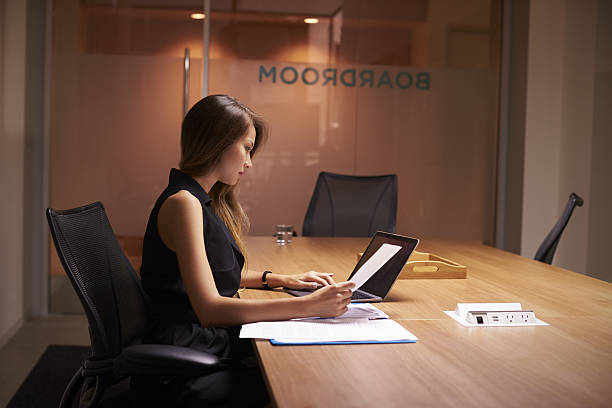 Some of you may say that absenteeism is not mentioned in the topic so it’s not supposed to be part of what I am explaining but you don’t really know that presenteeism and absenteeism compliments each other so there is no way you can explain presenteeism without explaining absenteeism.

Presenteeism is the act of being present at one’s place of work for more than your normal working hour, especially as a manifestation of insecurity about his or she’s job.

It is also when employees are at their workplace, but they aren’t really working.

It is the practice of always staying away from work or school without a very good reason. It is also when employees have a spontaneous absence in their workplace.

It can also be defined as the non-presence of an. Non-presence extends beyond what is deemed to be within an acceptable realm of days away from the office for legitimate causes such as vacations, health issues, family emergencies, and invitational occasions.

Difference between Presenteeism and Absenteeism in the workplace

Absenteeism in the workplace is defined as the number of days, either partial or in full, an employee spends physically absent from work. While presenteeism in the workplace refers to the ways an employee might be performing at a lower capacity, due to some personal issues, even though they are physically present at work through modern-day technology.

When it comes to loss of productivity in the workplace, however, the difference between absenteeism and presenteeism has typically gotten less attention. Absenteeism is a problem that is easy to solve.

Presenteeism can be a fuzzy to index occurrence, though they are the same if a not greater impact on business productivity as absenteeism.

In light of this, the difference between the two becomes an important distinction to make, so that it can asphalt the way to build solutions.

There are three types of presenteeism formally known;

Habitual voluntary overtime is people that may habitually stay at work for a longer time than they need to due to feelings of work insecurity.

This has its own disadvantage which is: that overworking can lead to tiredness, poor health, and less productivity.

This can also be referred to as a situation where employees consistently turn up to work but aren’t fully engaged, motivated, or able to do so.

Some employees are always responding to emails and checking updates outside of their working hours. It’s becoming harder to fully stop and take a break with constant access to laptops and mobile phones.

Presenteeism has its own mental impact on us which is:

For example, research links presenteeism increases in stress, which is one of the main causes of long-term sickness absence in the UK especially.

Regularly, working longer hours and going to work while ill can take a levy over time. According to the Mental Health Foundation, almost 15% of people experience mental health problems in jobs all over the world and 13% of all UK sickness absence days are connected to mental health issues.

In divergence to this absence statistic, many workers all over the world are avoiding taking sick days for mental illness. This is in part due to the blemish attached to mental health problems, as well as other motivators for presenteeism.

Why is Presenteeism a problem?

Presenteeism is a problem because presenteeism has a very long-term effect on health and wellbeing, particularly employees’ mental health.

In addition, presenteeism is very difficult to mend and requires a considerable degree of experience and empathy to mend presenteeism properly.

The legal risks can be high, when employers start finding it difficult to ask employees to go home if they are probably or undesirably at work being paid, and sending them home unpaid is the only other option.

There is an added convolution when the reason for the illness is a disability; sending someone home instead of letting them stay at work could amount to unfavorable treatment i.e., discrimination. Organizations should consult both medical and legal advice when found in such cases.

Presenteeism is also very hard to track and monitor as part of a business’s absence of data initiatives.

This is particularly true in the case of mental illness or health, where employees may feel obliged or compelled to turn up to work when ill because of the blemish surrounding mental health problems.

How Much does it Cost Employers?

Presenteeism cost employers a lot of money that’s even why people get discouraged from jumping into any kind of business at all.

The cost of presenteeism to businesses also was 10 times higher than absenteeism. Absent workers also cost employers around USD $150 billion per year, but those who came to work and were not fully productive cost USD $1,500 billion per year.

On average, employees cost businesses the equivalent of three months per year in lost productivity, according to a new GCC Insights report by Global Corporate Challenge (GCC).

GCC’s study on presenteeism – the phenomenon where employees show up for work but don’t perform at full capacity – included nearly 2,000 employees and validated against the World Health Organization’s (WHO) Workplace Health and Productivity Questionnaire (HPQ).

The report found that while employees were absent from work an average of four days per year each, they confessed to being unproductive on the job for 57.5 days each – almost three working months.

Businesses wanting to improve productivity should focus on reducing presenteeism, notes one of the study authors.

I hope this article can help you when you find yourself in some situations I mentioned here and I hope I explained presenteeism further for you I also hope I clarified some of your confusion concerning presenteeism and absenteeism.