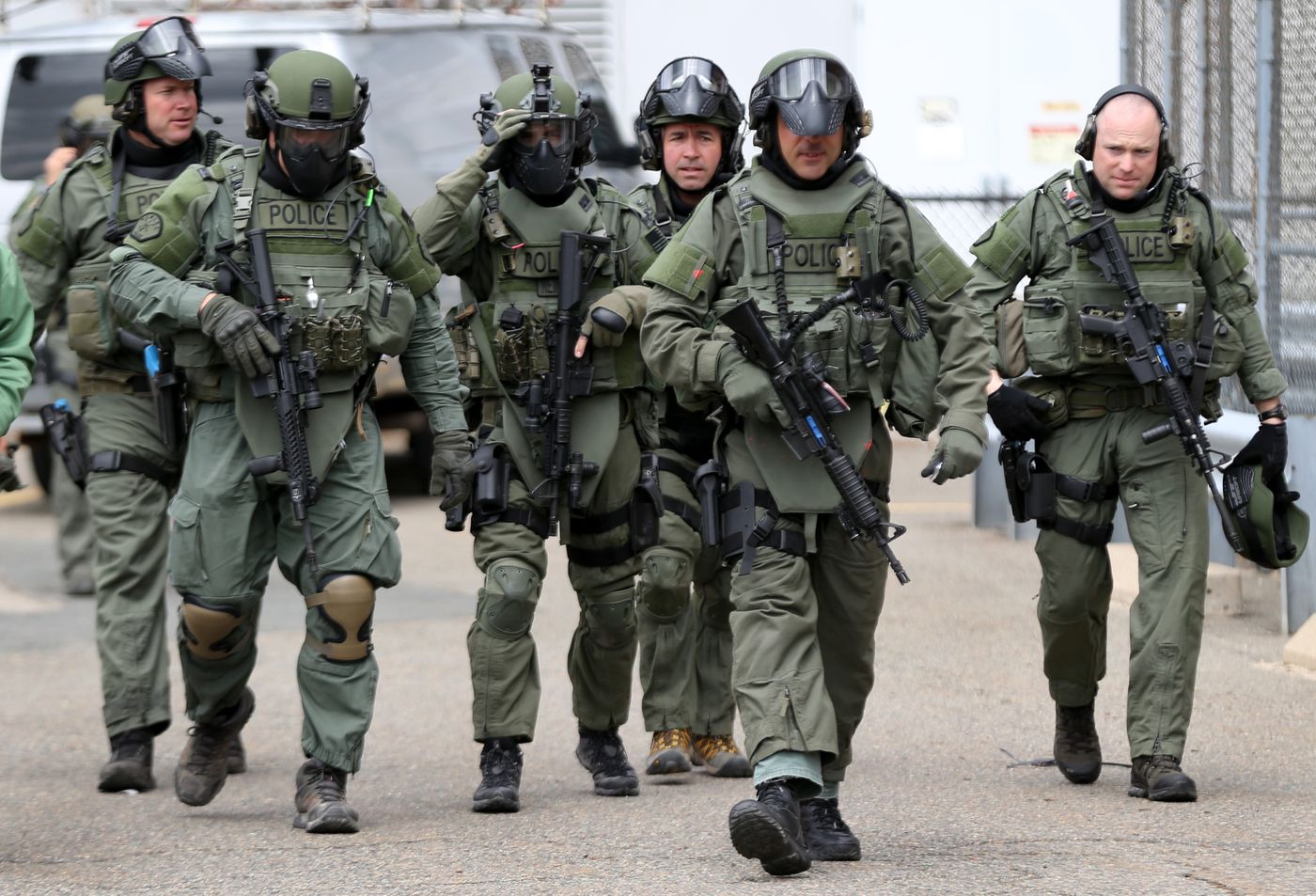 As a special weapons and tactics (SWAT) team member, you must first be trained and serve as a police officer.

You also will likely earn more than a non-SWAT officer.

We will also take a look at the requirements one must meet to become a SWAT officer in 2022, and much more.

What Is A SWAT?

SWAT (special weapons and tactics) officers are members of specialized police forces in the United States.

Although SWAT teams are known by different names in different departments, such as Special Response Team, the general concept remains the same: an elite unit trained to deal with high-risk situations such as high-risk search warrants, confronting heavily armed suspects, hostage negotiation, and counter-terrorism.

How Much Do SWAT Officers Make In California?

The average bonus for a Swat Officer is $1,275, or 1% of their annual salary, with 100% of people indicating that they receive a bonus every year.

SWAT Officers earn the highest in San Francisco, with an average total remuneration of $182,366, which is 50 percent higher than the national average.

Other Benefits And Compensation

Medical and life insurance, sick leave, paid vacation, and a uniform allowance is generally included in benefits packages, aside from the base salary of SWAT officers in 2022.

In some cases, SWAT team members can retire after 25 years of service due to generous pension plans.

How Much Tax Will You Have To Pay As A Swat Officer?

In 2018, the average federal tax rate for an individual filer in this tax band is expected to be 24 percent.

Swat Officers might expect a take-home income of $98,172 per year after a federal tax rate of 24% is deducted, with each paycheck equaling around $4,090.

The Quality of Life for Swat Officer

A Swat Officer would pay rent with 30.63 percent of their monthly take-home pay.

What Is The Average Salary Of SWAT Officers?

A SWAT member’s salary is usually determined by experience and education.

Salaries tend to rise over time as a result of expertise, and the majority of promotions are done internally.

Due to the quantity of overtime, a SWAT officer’s salary may be significantly more than a non-SWAT officer.

To join a SWAT squad, you must first work as a police officer for at least three years in a law enforcement department.

A high school diploma is required for entry into most departments.

However, If you want to advance in your career, you’ll have the best chance as a college graduate because federal sectors of law enforcement demand a four-year degree as minimum, four-year law enforcement or criminal justice degree is an ideal requirement.

In most places, you must be 18 years old or older to work in law enforcement.

You must be in an excellent physical condition and have no criminal past.

Some departments compel police who are members of a SWAT team not to drink or smoke.

If you want to be considered for the post, you’ll have to pass a series of physical and medical tests.

You must also pass a psychological examination.

To join a SWAT team, you’ll need to have a good understanding of guns.

You’ll get a lot of training, but you’ll also have to pass some weapons accuracy tests before you can join.

The decision on whether or not you are accepted into the SWAT squad will be made by a final review board.

As a member of the SWAT team, you work full-time in your department’s day-to-day sector, which could be patrol or detective work.

When a scenario with a higher level of danger necessitates crisis intervention, you are called to action.

You must have exceptional firearms capabilities, be in outstanding physical shape, and be cross-trained in SWAT team roles such as negotiation and attack.

Working on a SWAT team is inherently risky and stressful, not just because of the violent encounters that are a part of the job, but also because of the regular exposure to pain and death.

It’s also important to also note this projection might be affected by the state budget for police.

We found ten cities where the average Swat Team wage is higher than the national average.

Green River, Wyoming, is at the top of the list, followed by Santa Clara, California, and San Francisco, California, in that order.

With average incomes greater than the national average in these ten cities, the possibilities for economic advancement by shifting locales in the Swat Team employment area appear to be abundant.

Finally, the average pay in these top ten locations differs only by 13% between Green River, WY, and Tracy, CA, emphasizing the little opportunity for wage advancement.

When it comes to location and income for a Swat Team position, the likelihood of a cheaper cost of living may be the most important thing to consider.

SWAT is a special unit in charge of taking high risks when and where necessary to secure lives and properties.

This article explores what it takes to become a SWAT officer with a laser focus on their salaries and compensations in 2022.

Hope it was helpful?!