What Is Basic Combat Training? – Recruitbros Skip to content 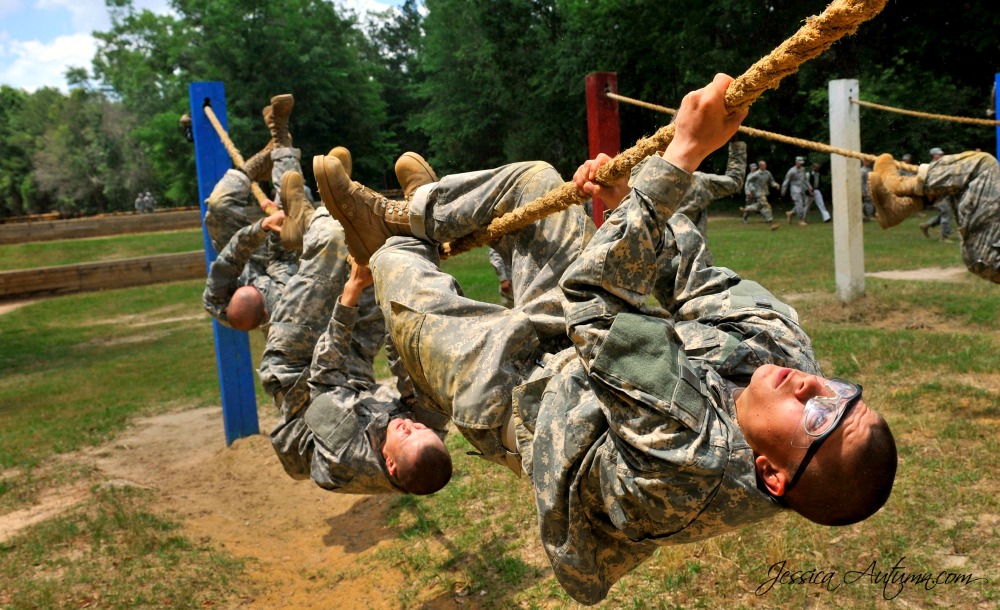 Basic Combat Training also referred to as ‘Army Boot Camp’ is a recruit training program where you will learn the traditions, tactics, and methods of becoming a soldier in the US Army.

The Army boot camp is where you’ll learn discipline which includes how to properly dress, repel and handle weapons, march and also learn grooming standards.

During Basic, you will be instilled with the Seven Core Army Values and the Soldier Creed.

The Seven Core values include;

After you’ve passed the tests of the Blue Phase which is the last phase, the next step is your graduation ceremony where you get to celebrate your achievements with your friends and family.

Phases Of The Basic Combat Training

This is the first in basic combat training. During the first three weeks, you will learn discipline, values, and teamwork.

The first week is usually for orientation where you will be taught the fundamentals of becoming a soldier. You will also learn how to cope with life in the Army, how to comport yourself, and how to address your superiors.

You will receive your uniform and an Army-issued haircut. You will also learn how to recite the Soldiers Creed and Warrior Ethos.

Orientations on basic first aid, sexual harassment, and sexual assault awareness and prevention programs will also be given.

Also, you will receive an introduction to Chemical Radiological Biological and Nuclear readiness (CRBN) where you will be taught the proper usage of breathing masks.

This is the second phase that teaches you the basics of a soldier and of course that includes marksmanship.

Here, you will be trained on your assigned primary weapon which includes the basics of rifle marksmanship, maintenance, and engaging targets at varying distances.

You will also receive training on how to prioritize multiple targets simultaneously.

During this phase, you will be expected to navigate obstacle courses and rappel from a 50-foot structure called the Warrior Tower. The White Phase will also be your first introduction to battle drills and warrior tasks.

The final phase builds on all you have learned so far from week o to week and serves as your final rite of passage from civilian to soldier.

This is the phase where you overcome your final challenges. here, you will continue learning advanced marksmanship and maneuvering techniques which include convoy operation, engaging targets as part of a team, and identifying and disabling IEDs(Improvised Explosive Devices).

You will also be trained on advanced options like how to throw live grenades and the use of machine guns.

To test your survival, fitness, and soldier skills, you will embark on a multiple-day land navigation course. This would be a part of your final challenge and passing it will qualify you to wear the Army Black Beret.

Hurray! You did it! After all the stress and sweat, this is where you will be graduating as a Full Soldier.

At the Army boot camp, you will be introduced to the various tactical skills that are required of you to retain as a soldier.

These skills are called Warrior tasks and Battle Drills and they serve as a foundation of your soldier skills.

During basic combat training, you will learn how to properly engage targets, maintain your weapon and also use periphery technology which includes laser sighting and night vision.

You will also learn to engage targets using the different kinds of machine guns including the M249, M240, and the MK19, set and recover mines, and throw live grenades safely and accurately.

Being able to smoothly navigate from one point to another as a soldier while avoiding obstacles is very important. At the boot camp, you will learn this skill as well as how to properly prepare a vehicle for a convoy.

In combat, communication is very pivotal whether verbally or no verbally. With this crucial warrior task, you must be able to execute a situation report, order a medevac, and call for fire support at proper coordinates.

You will also learn proper hand signaling during low-profile missions.

At the boot camp, you will learn how to effectively deal with dangerous situations when the need arises.

You will also learn how to move and react to direct and indirect fire, disarm and avoid explosive devices, engage in hand-to-hand combat, and carry out basic first aid procedures.

Battle drills are focused on developing your ability to effectively and efficiently work with other members of your team. There are team-based exercises designed to help function as a better team player. Some battle drills include;

Soldiers are regarded as one of the noblest categories of people in the US. The sacrifices they make, and the courage and integrity they have sets them apart. Choosing to be a soldier is honorable and if you’re keen on it,  you should get your bag packing.