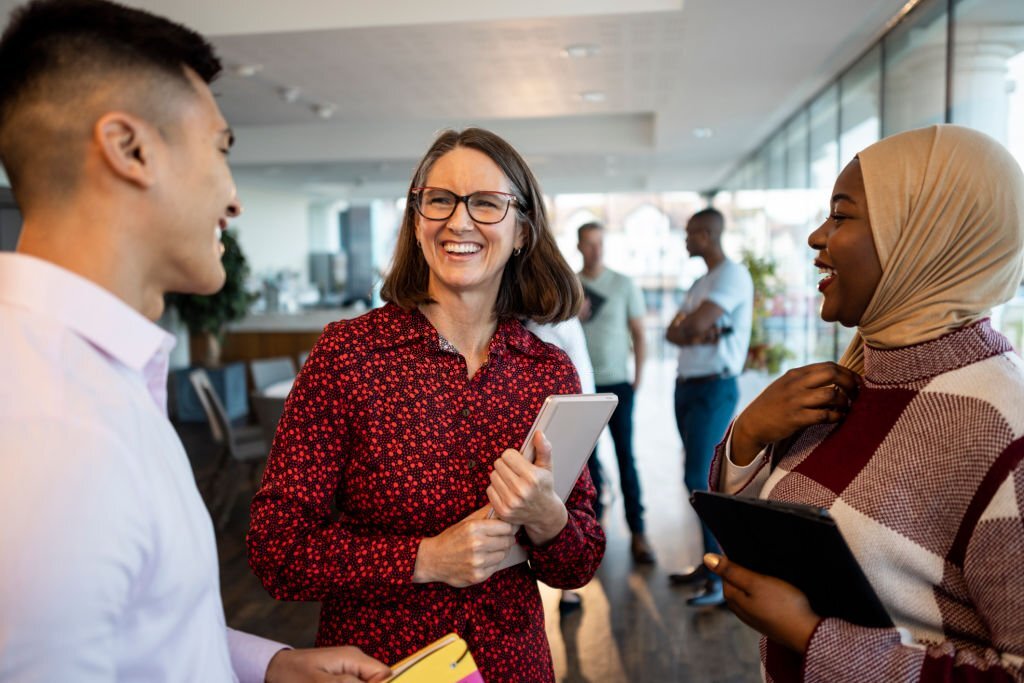 A team can be defined as a group of people who collaborate on related tasks toward a common goal. It can be further explained as any group of people organized to work together, both interdependently and cooperatively to accomplish a purpose or a goal

A perfect example of what a team is the football team is the popular Chelsea, Manchester United, Juventus, etc here there are 11 players and each plays a role in winning a game.

The goalkeeper keeps the ball from going in, the defenders, make sure that the ball doesn’t get past them, they are like the bouncers, the attackers are the middle players.

All of them play a role in making sure that they win the game. Similarly, in business s most work is accomplished by teams of individuals who come together to bring an outcome.

It is natural for a workplace to have many teams, and an individual is often a member of more than one team. Some teams are permanent and are responsible for ongoing activities like the HR teams this kind of team is usually for a long time and lasts for more than a year and usually, the people on this team are permanently on the team.

Teams are also for a temporary purpose like the team that plans the company Christmas party or Easter party, this unlike the first kind is temporary and normal the people on the team are changed frequently so other individuals can gain knowledge too.

It’s usually for a  particular purpose and once they are done the team is dissolved. Workplaces form teams to achieve tasks that are too large, difficult, or complex for an individual to complete.

Teams are also effective for work that requires different types of skills and expertise. Like when the need for a real estate company to scout for land space, a team will be set up and individuals who are very skilled in areas such as land surveys, mappings, etc will be on the team.

Skills That Teammates Must Have:

There is no effective team that doesn’t have good communication skills. Every teammate must be able to communicate verbally or non verbally. They should be able to be active listeners too as that will help you understand better what your teammates are talking about.

Teammates must be responsible, they have to feel responsible for each other and their ideas. They are, to be honest, and transparent with each other at work as that will help build their trust

It is called a team for a reason, teammates must have the ability to come together and share ideas. They should be able to work together and not  individually

A functional Team is a group of individuals who come from the same work area or department. They meet regularly to analyze customer needs, solve problems, support members, promote continuous improvement, and share information. In this work team, all the members belong to the same functional area and respond to a single manager, responsible for the management of the whole group.

This type of team is usually confused with a department in the workplace because of their mode of operation. They may not hold regular meetings but they work together to achieve a goal. Examples are Accounting and HR teams.

This is a kind of team that consists of people who are pulled together from across departments or job functions to deal with a specific product, issue, customer problem, or to improve a particular process are cross-functional teams. These are often teams with a specific goal with an end date.

This type of team is usually made up of people who are of the same level in the workplace. They come together to share or contribute knowledge of their different fields and areas of expertise.

The Lay-off team is another group. This team is made up of team heads from different parts of the workplace, they come together to make certain that the right people are laid off.

A self-managed work team is a small group of employees who take full responsibility for delivering a service or product through peer collaboration without a manager’s guidance.

These teams are extremely effective when you have capable, independent workers on the team. They often report their findings, or progress, to a boss or team lead, but that boss doesn’t necessarily participate actively in the team.

Members define the division of labor, responsibilities, and the distribution of tasks, as well as make decisions and even control and supervise themselves.

Each team member feels personally responsible for team performance, which inspires employees to do excellent work. This team often works together long-term to make decisions about a particular process. These teams may be measured either by output or outcome, with the outcome being the better choice.

Organizations employ these teams usually to improve processes to find out how to solve the problems that are harming them.

When this team finally gets to the root of the problem, they suggest the solutions and the department where the solution takes over because this particular team doesn’t work on the solutions they offer.

Project teams are seen as a group with specialists from different departments who work together on specific projects. Everyone on the team is answerable to a head called the project manager

After they are done working on a project, the group dissolves as it achieved its objectives. A project team usually works together for a fixed length of time and disbands once the project is complete. These teams may be measured on the outcome but are often measured on the execution of a plan.

They form only when emergencies emerge which the organization needs to solve.

Its members are usually the best of the company in the area. During the resolution of the emergency, they will dedicate themselves exclusively to this task. Their goal is to do this in the best way and in the shortest possible time.

Now that you’ve seen what the different types of work teams are, understand how they form their dynamics.