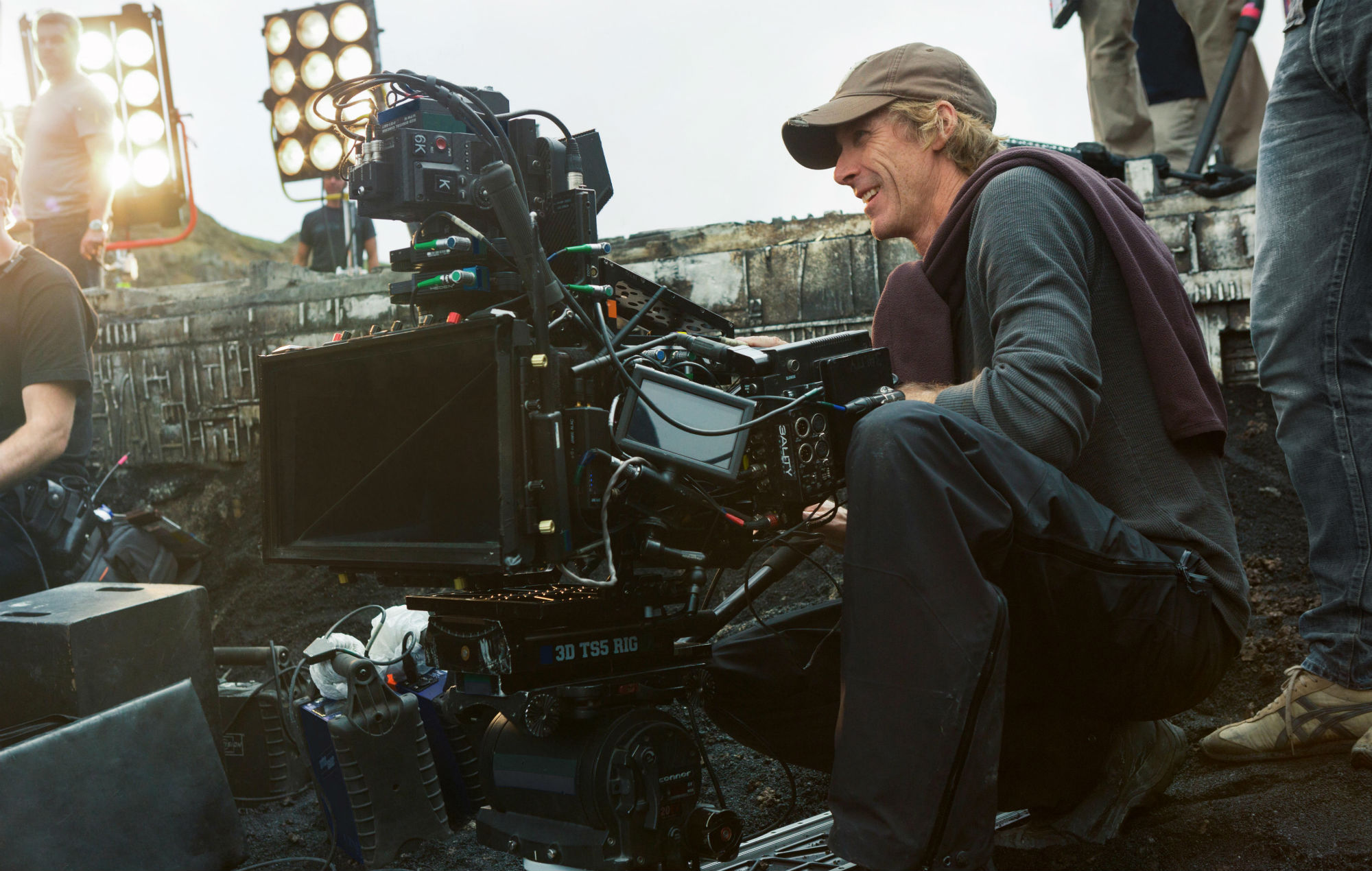 An Executive Producer commonly referred to as EP is one who supervises the creation of a theatre performance ranging from web series to commercial, television show or film with the aim of achieving a quality production.

Consider this article to be an expository one as we are going to be discussing all you need to know about an Executive producer: job description, duties, salary, necessary skills, requirements, and so on.

Let’s quickly delve into it.

What Are The Job Duties Of An Executive Producer?

In this section, we will be discussing the job duties of an executive producer, and they include:

1. Hire and manage the crew, and make sure that no department is void of qualified personnel

2. Manage the post-production process which include editing, music, sound, and visual effects

3. Supervises all aspects of production beginning from development through post-production

4. Make sure that the finished product meets the highest standards of quality

6. Supervises the budget and schedule, makes adjustments if necessary so as to keep the project on track

7. Liaise between the production and the network/studio

8. Solve any problems that may arise during production

9. Approve all final cuts of episodes before they are aired

10. Manage the day-to-day operations of the production office

11. Deliver the completed episodes to the network/studio on time and within budget

What Is The Salary Of An Executive Producer?

According to Payscale.com, producers made a median annual salary of $95,398 as of September 2019.

Thankfully, this career path is predicted to witness an employment growth of 5% between 2018 and 2028 as stated by U.S. Bureau of Labor Statistics.

So, it’s safe to say that in the next decade, they will witness tremendous employment growth as the demand for television programming increases, and more streaming services and mobile platforms are introduced.

What Are The Job Requirements Of An Executive Producer?

The job of a producer is a sensitive one, and as such requires a couple of qualifications to become one.

That being said, below is a list of the job requirements of an Executive producer.

The educational requirement of an producer is that he or she must have at least a bachelor’s degree in a related field like communications, broadcasting or film.

However, in a bid to increase their chances of getting employed, some may decide to earn a master’s degree in film or media arts.

Most hiring managers would always look out for experience working on studio-level projects, proven track record of successful project management from development through post-production as well as adequate knowledge of the most recent industry trends and practices

That being said, Executive producers may be offered on-the-job training to learn certain processes and procedures about the company such as the company’s software, workflow, equipment and how to use them.

You don’t necessarily need certifications to become a producer, however, they may give you an edge over others in terms of increasing your chances of landing a job.

What Are The Required Skills Of An Executive Producer?

The dream of every Hiring manager is to hire the best hands for the  job, and so, if you are one, below are some of the vital skills you should look out for in an Executive Producer so as to get the most qualified candidates for the job

As for an Executive producer, you need the following skills if you must thrive in your career:

Leadership Skill is very vital as it is needed for instructing Actors and helping them portray characters in a relatable manner.

This skill is also required for supervising the crew responsible for carrying out behind-the-scenes work.

Communication is inevitable in the career of a producer because he or she has to interact with many people throughout the production process.

Certain ideas and information need to be passed clearly to make sure everyone involved in the project is in sync with what is expected of them per time.

Effective communication also includes listening to others, and responding to their needs as well as the ability to negotiate, and carry out presentations

Executive producers frequently manage the production of a project from beginning to end, thus they must be extremely organized.

Finding and recruiting the best crew and director for the project while ensuring that everyone involved efficiently performs their duties, keeping the production on schedule and under budget, takes time management skills.

Financial expertise can assist a producer in making defensible choices regarding a project’s budget. It’s crucial for producers to comprehend how to make the most of the production’s resources because they frequently have to make financial selections about the creation of a project.

An executive producer might be in charge of making sure the production has enough cash on hand to pay the cast and crew, for instance.

How To Become An Executive Producer

Depending on the kind of project they are working on, a producer’s job can vary substantially. Nevertheless, all producers share a few traits in common. They must be able to collaborate well with artists, writers, directors, and other creative professionals. They also need to have a solid grasp of the creative process. Additionally, they must be able to multitask and maintain organization under pressure.

Executive producers need to be capable of managing the business side of projects, such as budgeting, scheduling, and contract negotiations, in addition to these broad talents.

Additionally, they must be able to get along well with the company’s management and comprehend the business culture.

Furthermore, you should be experienced in both creative and business roles, and also have the  ability to lead teams and manage complex projects.

Executive producers frequently put in more than 50 hours a week of arduous work.

Sometimes, they start their work on time but finishes late, and this includes weekends, and holiday shifts.

Again, they travel a lot as they are always needed on-site to respond to emergencies around-the-clock.

Worthy of mention is that meeting strict schedules is of utmost importance, and they may need to manage several projects at once.

Additionally, they could have to cope with unforeseen issues, last-minute alterations, and challenging personalities.

Interestingly, they still find their work to be stimulating, innovative, and satisfying despite the difficulties.

Here are three trends influencing how executive producers work. producers will need to stay up-to-date on these developments to keep their skills relevant and maintain a competitive advantage in the workplace.

1. A Greater Focus On Branding and Marketing

Executive producers are starting to place more emphasis on branding and marketing as the television industry gets more competitive.

This is due to the fact that a strong brand can make a show stand out from the competition and increase its chances of being a hit.

Executive producers must be aware of current branding and marketing trends in order to capitalize on this trend.

In order to produce a work that is both aesthetically pleasing and functional, they must be able to collaborate closely with other team members, such as authors and designers.

2. The Rise Of The Digital Producer

The position of a digital producer is swiftly rising to the top of the media and entertainment food chain. This is because most people spend their time online, and businesses are seeking for experts who can provide content that caters to this market.

The ability to collaborate with digital producers will enable executive producers to generate material that reaches a larger audience and is more commercially successful. Additionally, they will be better able to lead teams and cope with the difficulties that come with working online.

3. More Collaboration Between Producers and Editors

Executive producers now need to be able to get along with others because there is more collaboration between producers and editors. Additionally, they must be able to prioritize duties well and manage many projects at once.

1. What is the difference between an Executive Producer and a Director?

2. What are the daily duties of an Executive Producer?

Executive producers meet with business associates, film crews, and creative talent most of the time to assign filming assignments and coordinate the many stages of film production.
Executive producers draft and edit scripts at their offices throughout pre-production while also securing finance for their movie.
When the actors and directors arrive to start filming, they meet with set designers to make sure the shooting area is ready.
Executive producers plan interviews, oversee advertising for the project, and generate press for its release throughout post-production.

3. What are the characteristics of a good Executive Producer?

A good executive producer has the imagination to come up with a gripping story and the practicality to gather and oversee the resources needed to tell it to an audience.
Executive producers need to be good character judges and collaborative because they have a big say in choosing the creative team and employing the film crew.
Successful Executive Producers are adept at managing their time and juggling a variety of tasks to keep everything on track.
They are financially responsible and budget-conscious, taking into account how various costs could affect the output as a whole.

4. Who reports to an Executive Producer?

At each stage of the production process, an executive producer is in charge of overseeing various members of the film team.
They collaborate with screenwriters and screenplay editors to create a polished product that can be performed on stage or in films when they are writing the script.
Advertising experts, brand managers, accountants, publicists, video editors, production managers, and development executives all report to the executive producer during the life of the movie.

Do you want to be an Executive Producer? If yes, I bet that this article has given you all the necessary information you need to become one as well as what to expect from the job going forward.

In case of any questions, feel free to let us know in the comment section.