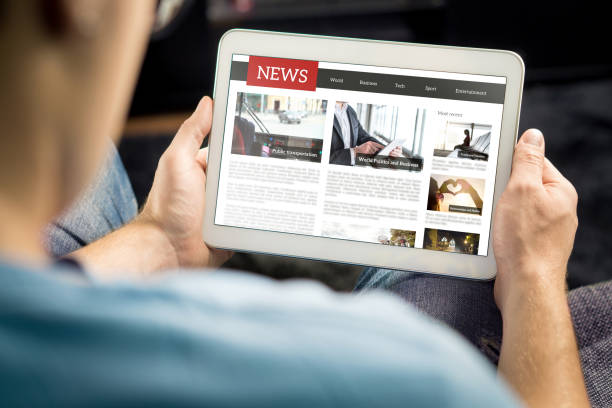 The style of news reporting encouraged emotional impressions rather than neutral reactions. It was more like the manipulation of human emotions with words. before we go on in pointing out the dangers of media sensationalism, let us first define what Sensationalism is.

Sensationalism has been defined in As empiricism that limits experience as a source of knowledge to sensation or sense perceptions.it is the the presentation of stories in a way that is intended to provoke public interest or excitement, at the expense of accuracy.

The  Oxford Dictionary definition of sensationalism is, “especially in journalism, “the use of exciting or shocking stories or language at the expense of accuracy, in order to provoke public interest or excitement.”

The sensation is a popular term in the world of journalism and media. It is a kind of writing tactic that makes insignificant things look significant, it’s the journalistic way of blowing things out of portion.

It is important to note that this technique is used for two reasons: first to increase the rate of the viewers, and the second is to persuade the viewer that the solution for the suggested fear will be.

In the early days, this type of writing tactic was popular in newspaper publications and magazines where writers played with words, events, and topics in news stories are selected to excite a great number of readers because then not everyone was interested in reading.

They made it in a way that once people read their paper they can’t help but express their emotions right there on the newsstand where they got the paper.  This tactic was a way of spicing up their writings to draw attention.

What Are The Dangers?

The world today has so revolved in a way that everything is at the tip of our fingers. If we need anything all we need to do is snap our fingers and we have it. Technology has made everything so much easier and most times we can’t help but wonder if it’s for the best or the worst.

Journalism has also revolved too and shifted from normal paper reporting to media reporting. It’s been proven that information passed on the media spreads faster than one printed or reported on television because everyone is looking down on their phones 24 hours, 7 days a week even children now own a cell phones and have social media accounts, unlike the newspapers that are sold on the roadside, nobody has time to stop and read.

Media Sensationalism has grown to be a major problem in the society, it Is defined as a style of reporting the news to the public that involves the use of fear, anger, and other emotions to increase viewership and ratings.

During the Covid-19 period, media houses made off money from reporting about the widespread of COVID-19. Every minute of the day, a victim was reported to have lost his life to the disease, either in Italy or America.

In Nigeria, there was a health page that made it its job to notify the general public of states in the country that were affected.

They had a particular way of reporting this that made hearts fly and sink. We are not in any way saying the virus wasn’t deadly, what we believe is that a  lot of things about the virus were overly emphasized causing pain and fear. Most people stayed indoors because they were afraid of dying.

Another instance is the current war going on in Russia and Ukraine, most news channels aren’t even sure of what exactly is happening, they do not have a representative in any of the countries but they are reporting about it.

Most times videos of another country are posted as a video of what’s happening in the country, parents with children in any of these countries are left panicking. Sometime in 2021, there was a rumor about America being at war with North Korea which turned out to be baseless but definitely news houses carried this on their blogs.

Much presently the news blogs have bought into it, they make news headlines more eye-catchy than the actual information they are trying to pass. They play on words while reporting and most times, they report unreasonable information like the personal life of celebrities, most times this information causes the general public to blacklist a celebrity.

Examples Of Some Media News

Example of the lead actor of Home town Cha cha cha a Korean movie with high ratings. This actor by name Kim Seon-ho was accused by his ex of manipulating and forcing her to abort their child which is a moral crime in North Korea.

Due to this journalistic tactic, most people do not believe what is on the media anymore because they can no longer differentiate between real news and the fake news.

A few days ago in Nigeria, there was a bomb attack along the newly constructed train rail in Abuja Kaduna rail, and on Twitter, a young lady who was later identified as Chinelo a dental doctor who had earlier resigned from. her job as a doctor as she got a better opportunity outside the country tweeted that she was on the train and she is shot.

She went ahead to solicit for prayers from the public but people thought she was joking and abused her, few people tried to reach out, but most people were nonchalant and moved on.

Unfortunately, she passed away a few hours after the tweet and that was when the public realized that they should have believed and done more than a retweet, like, and abuse her online.

The major danger of sensationalism is that it makes people lose trust in news reporters and journalists. Now when a notification pops up on our cell phones about a piece of information we either ignore it or read it with a pinch of salt.