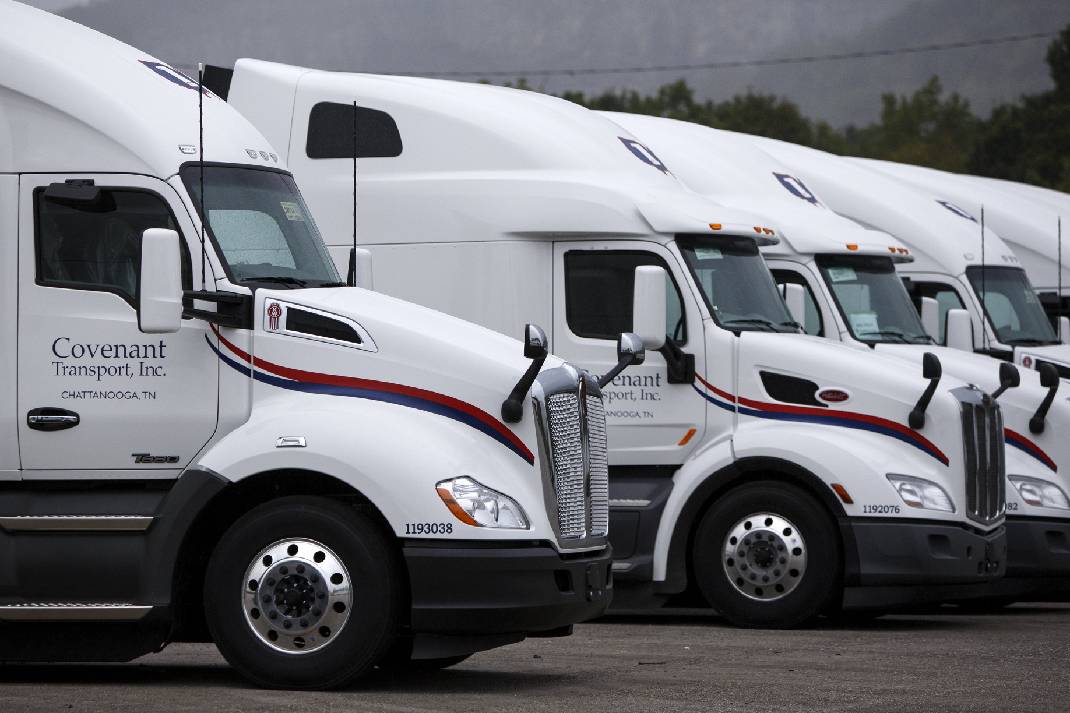 You need to be aware of what to anticipate from the Covenant Transport drug test if you’re thinking about driving a truck for the company.

You will get to know more about the type of drug test Covenant Transport administers and when you might anticipate having to take a drug test in this article.

They do, indeed. It is a requirement for all trucking businesses to screen their drivers for drug use.

The Department of Transportation (DOT) has severe rules on drug testing, and the DOT regulates the trucking business.

Drug testing is done to lower the danger of accidents that may have been avoided if truck drivers weren’t impaired by drugs and alcohol that slow down their reflexes and disrupt their attention.

As of April 2021, the FMCSA database that keeps track of CDL holders who test positive for drugs had amassed over 60,000 citations.

This proves unequivocally that drug testing is a crucial safety precaution in this field.

Which Kind Of Drug Testing Does Covenant Transport Employ?

As long as you need to urinate, the procedure for collecting a urine sample is fairly easy and quick.

After receiving a sample cup, you’ll be told to go to the restroom.

The water in the washbasin will be shut off, and the toilet in the restroom will have blue dye in it.

This prevents you from attempting to dilute your sample with water.

You must provide at least 45 milliliters (ml) of urine. Less is required, so you must wait till you need to go again while drinking water.

Your urine sample’s temperature will be examined to make sure it hasn’t been diluted or switched out for a pee substitute.

After you have signed the chain of custody papers and the sample has been collected, it will be forwarded to a lab that has been approved by the DOT for analysis.

During the hiring process at Covenant Transport, you must be drug-free.

Additionally, the DOT mandates random drug tests, post-accident tests, and tests for the fair cause.

Attending orientation does not guarantee that you have been recruited; rather, it only guarantees that you will be hired after passing all screenings and examinations.

There will be lodging and meals available for you during this multi-day residential orientation.

Additionally, Covenant will pay for your transportation to and from the orientation center.

You must watch instructional films and respond to certain related questions during your orientation before taking a road test and a backing exam (backing up a tractor-trailer).

Your compensation is determined by your degree of expertise and how well you do on the examinations.

If you are in an accident, you must submit to post-accident drug and alcohol tests. By DOT regulations, you would be required to submit to a drug test if:

In some situations, Covenant may require post-accident drug tests; for a complete explanation, please refer to the Covenant Transport drug and alcohol policy.

The Rationale For Drug Testing

If you appear to be intoxicated while operating a commercial motor vehicle, a reasonable cause (also known as reasonable suspicion) drug test may be issued.

Anyone, you come into contact with while at work, including members of the general public, has the right to report you to the business (or law enforcement) for questionable behavior or reckless driving.

Again, the Department of Transportation establishes the guidelines for CDL holders who are randomly subjected to drug testing.

Every so often, names are drawn at random from a pool of all Covenant drivers to submit to drug testing.

It is not a good idea to use drugs while working a job that does random drug testing.

But if you work in trucking, you can even be required to take a drug test while you’re on vacation.

Thus, using drugs while driving a truck is not at all acceptable.

If you learn that a random drug test has been chosen for you, you need to go to a sample collecting center right away.

What Drugs Are Tested For By Covenant Transport?

According to the Department of Transportation’s regulations, the following medications will be examined in your urine sample:

In a DOT drug test, the following opioids are looked for:

If You Fail The Drug Test, What Happens?

You won’t be recruited by Covenant Transport if you fail the pre-employment drug test.

There are no exceptions to this rule, and the test cannot be taken again.

The Covenant staff members who lead orientation have heard every justification under the sun, and they never let someone off the hook.

Schedule your orientation only once you are confident you will pass a drug test if you are not clean.

Get a DIY drug test to use at home if you use marijuana, which can linger in your system for several weeks.

You’ll be able to pass the DOT drug test after receiving the all-clear from that drug test.

You will be dismissed if you refuse a drug test at random, and the Federal Motor Carrier Safety Administration’s (FMCSA) drug and alcohol clearinghouse will record your positive test result.

You must complete the DOT Return to Duty procedure after a failed drug test before you can resume operating a commercial vehicle.

The Return to Duty procedure entails having an impartial substance addiction professional’s (SAP) evaluation, adhering to their advice regarding drug education and treatment, and submitting to and passing at least six unannounced drug tests in 12 months.

The duration of the required drug testing requirement is up to 60 months.

All payments related to the Return to Duty procedure are your responsibility to pay.

Employers are required to check the clearinghouse database before hiring a new driver and on an annual basis after that.

The clearinghouse database will keep a record of your failed drug test for 5 years.

The clearinghouse also keeps track of the records for completed Return to Duty procedures.

Hope you have gotten a much better understanding of how covenant transports drug tests and how it works so you can get hired.