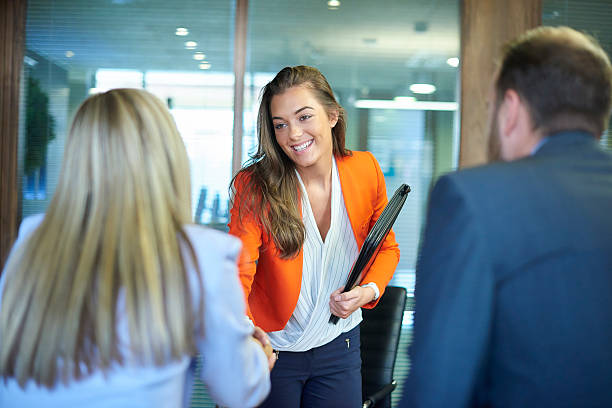 Networking is significant to job seekers as reading books is important to students. A job-seeker who has the right networks can get good jobs much quicker than those who do not.

Networking can be a great way to meet new people and make connections for work. However, in a bid to build or find a good network, there are many networking mistakes that job seekers make that can prevent them from connecting with the right people.

These mistakes include not following up after meeting someone, not being personalised in your emails, and not communicating properly.

This article is going to highlight and discuss these common networking mistakes job seekers make so that you can avoid them, and make your job-seeking journey hassle-free.

5 Common Networking Mistakes that Job Seekers Make You Should Avoid

When it comes to networking, there are a few mistakes that job seekers tend to make. Here are the five most common ones:

It’s important to network as much as possible, both online and offline. The more people you meet, the more chances you have of finding a job.

This is an important part of job seeking, but many seekers make the mistake of not networking enough. They may attend one or two networking events and think that’s enough.

However, in order to network effectively, you need to be constantly networking both online and offline.

Online networking is a great way to connect with potential employers and contacts. You can find groups and forums related to your industry, and join them to start networking.

You can also create a profile on LinkedIn, which will allow you to connect with other professionals in your industry.

Offline networking is also important. Attend as many networking events as you can, and talk to as many people as possible.

Ask for referrals and introductions to people who might be able to help you find a job. Networking is one of the best ways to find a job, so be sure to network as much as possible!

2. Focusing on jobs that are not a good fit

It’s important to focus on your goals and target companies that you would be interested in working for. Don’t waste your time applying for jobs that are not a good fit for you.

When networking, many job seekers make the mistake of focusing on companies that are not a good fit for them.

They might be targeting a company that is too large or too small or one that is in the wrong industry. It’s important to focus on your goals and target companies that you would be interested in working for.

Another common mistake is not tailoring your resume to each job you apply for. Make sure to highlight the skills and experience that are relevant to the position you are applying for.

Finally, always practice your elevator pitch and be prepared to answer questions about yourself. These are all essential when networking with potential employers.

3. Not following up with jobs applied for

If you meet someone who could potentially help you find a job, be sure to follow up with them after the meeting. A simple email or phone call is all it takes to stay in touch.

Job seekers often make the mistake of not following up with jobs they’ve applied for.

A follow-up call or email is a great way to show continued interest in the position and demonstrate that you’re proactive and motivated.

It can also help keep your name top of mind with the hiring manager.

Here are a few tips for following up:

Self-promotion is a key element of networking, but it’s also one of the most common mistakes job seekers make.

Too much self-promotion can make you seem arrogant and uninterested in others, which can damage your networking relationships.

Here are a few tips for promoting yourself without alienating others:

One of the most common networking mistakes job seekers make is poor communication.

This involves not being clear about what you want and not being responsive to communications from others.

If you’re unclear about your goals, or if you’re not available to talk when someone reaches out to you, then you’re likely to miss opportunities.

Networking is a two-way street, and good communication is key to making it work.

By following these tips listed in this article, job seekers can make the most of their networking opportunities and find their dream job.