Can You Terminate An Employee Before The End Of A PIP? – Recruitbros Skip to content 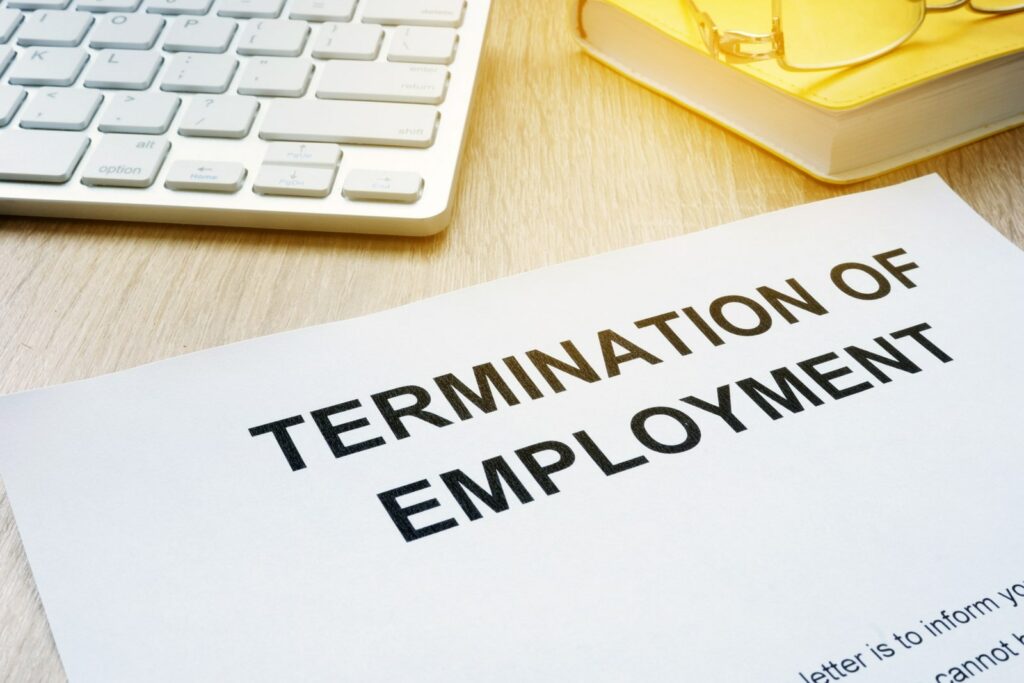 If your employee is on a PIP and not showing signs of progress or improvement there’s no doubt that this question would be on your mind.

PIP, also known as the Performance Improvement Plan is a tool to give an employee with deficiencies in performance an opportunity to succeed.

Usually, employers issue it to their workers who are falling short in their roles to address failures and improve their performance.

The end result of the PIP varies. In some cases, there can be an improvement in overall performance and recognition of skills, and in other cases, severe employment actions like demotion or job termination.

Many employers’ hopes for a positive result can come crushing down early during the process. Like when they observe that;

Using the scenarios above, it’s understandable that employers would worry and like to know if they can terminate an employee before the end of a PIP.

Finding an employee who meets your standard in today’s market can take a while and go through the motions with a worker who is not ready to make positive changes can delay the process even further.

Oftentimes, a PIP is the last step in the disciplinary process. It gives an employee a chance to correct his performance deficiencies or behavioral issues and succeed at the company and sometimes it’s used to bring back an employee before he goes too far amiss.

In both stances, a PIP helps the employee identify his shortcomings, expectations for improvement, and ways to reach a satisfactory level of performance.

The duration of the Performance Improvement Plan, PIP is subject to the decision of the Human Resources or Management but the most common periods are 30, 60, and 90 days.

In the course of the PIP, the manager usually meets with his employee regularly to review his improvement toward meeting the goals of the PIP.

At certain times, not too far into the PIP, the manager realizes that the employee will not be able to meet up satisfactory performance, probably due to lack of interest or ability.

Now, this begs the question, can an employer terminate an employee before the end of a PIP? The answer is yes according to the recent First Circuit decision in Santana-Vargas v. Banco Santander.

In 2006, Antonio Santana- Vargas was employed to work as a branch manager of Santander Financial.

From the years 2009 – 2013, Santander recorded Santana-Vargas’ waning performance in the branch he managed. In the long run, Santander put the 49-year-old employee on a 6-month PIP but terminated his job on the grounds of performance deficiencies a few months into his PIP and hired a 32-year-old to replace him.

The former branch manager, Antonio Santana-Vargas sued the bank on claims that his termination had been based on his age which violated the Age Discrimination in Employment Act.

Antonio Santana Vargas argued that the reason he had been terminated only a few months into his PIP was based on age and that poor performance was only a pretext for the real reason.

The trial court disagreed with him and dismissed his claim before trial. Antonio Santana-Vargas, dissatisfied with this decision appealed to the First Circuit.

The First Circuit gave the same verdict as the trial court. According to the First Circuit, the fact that the plaintiff was well aware that he could be terminated if he did not meet the PIPs goals or requirements and that there was no standing promise that he would be given the entire 6 months to improve, did not obligate the employer to keep him for the entire duration of the PIP when it became obvious that his performance was worsening during the first couple of months.

This instance teaches an important lesson to employers; being clear and open about the consequences of failing to meet expected performance standards during the period of a PIP is of benefit to both the employer and the employee.

For employees, knowing that failure to meet the standards of the PIP may result in demotion or termination may provide them with a stronger drive to take action to improve their performance.

For employers, being clear on the terms and conditions of the PIP will permit them to take action on employees who fail to demonstrate and maintain improvement instead of waiting out the period of the PIP.

Steps To Take Before Terminating An Employee For Poor Performance

The PIP as we’ve discussed earlier is an important tool that is used before terminating the employment of your staff however, it’s just one step and usually the last resort.

There are other vital steps you can take before terminating an employee for poor or declining performance.

Keeping records is key. Something cannot be argued when it’s written down on paper. Yea, you might think it takes time but it’ll save from any future occurrences.

Electronic conversions, phone conversations, and unprofessional behavior in group settings are some examples of documentation you should keep.

Averbal counseling is also a good step to take when a company policy is being violated. You can use this method to address issues like attendance, communication, and behavioral problems.

When things are starting to get especially tough with your employee and you feel the need to escalate the matter, then you need to use written counseling.

This is quite similar to the PIP(Performance Improvement Plan) as it outlines the areas employees need to make adjustments or improvements.

Also, the written counseling document needs to clearly point out that the changes need to be immediate, noticeable, and sustained.

Terminating an employee is usually not any employer’s favorite thing to do but it becomes necessary when the employee in question doesn’t make any effort to work on his performance deficiencies.

As we said earlier on, you can terminate an employee before the end of a PIP but before doing so, make sure your employee is notified of the terms when he does not meet up to expectations.