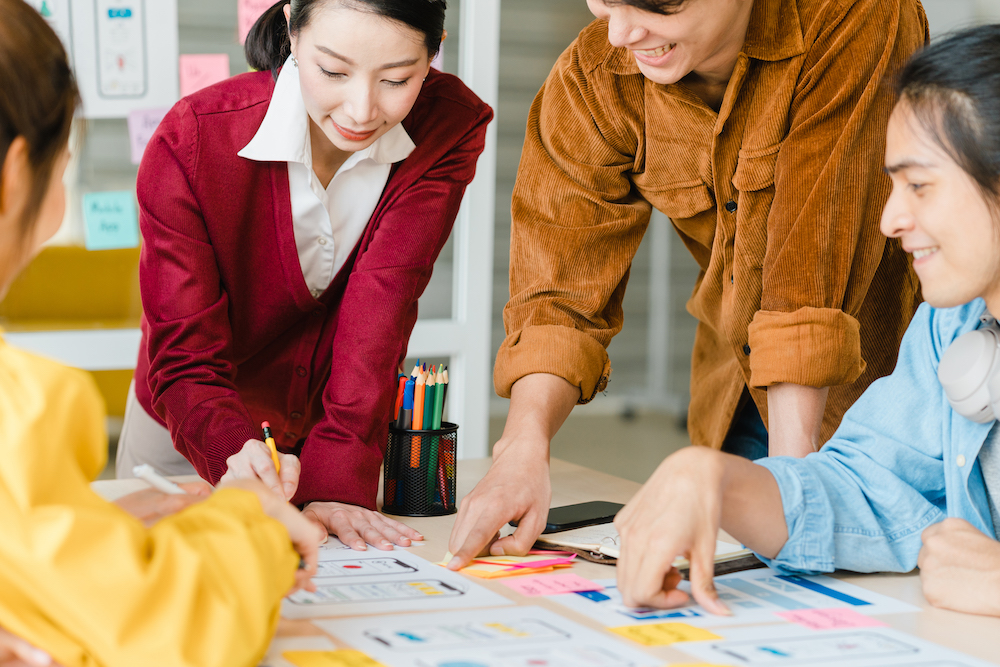 What Is Team Development

Team Development is a process, whereby a group of people (team) comes together to work and evaluate each person’s ideas.

For every successful company or Business, there must be some sort of team play or team development. Team Development helps people to come together, express themselves and work as one.

It is said that two heads are better than one. I certainly feel that everyone has different skills and perspectives of doing things. If different ideas come together as a force,it is much better than when one person tries to do the job.

It is expedient that everyone learns how to be a good team player and work with other people.

There are 5 stages of team development and it’ll be discussed in this article, so do read carefully.

Team development is highly needy in any company and very important for the growth of any company.

Below is some importance of Team Development.

Teamwork is usually key to building trust in a company. Everyone has to work honestly and give out their best and it definitely helps to make the team see themselves as people they can relate with in all levels

I think the most important aspect of team development is the fact that there’s a bond created by the team. They see themselves beyond the job and relate with each other much better.

Everyone definitely cannot be the same and have the same drive towards a particular work, teamwork usually helps those people who are lazy to sit up and be more outspoken and solve problems. No one wants to be the dull person in the room, so if you must work with a team you have to be involved and creative.

Teamwork enables the staff or people to communicate. Especially those that are shy and can’t speak confidently in public. It aids communication which is great for company advancent.

Who Is Responsible For Team Development

So most companies usually assign a team head or leader,but most times everyone in that team is responsible for team development. If team members challenge one another they are definitely bringing out the best in each other.

So there are 5 stages of Team Development and I’d be explaining all five so read carefully!

The 5 stages of Team Development are:

This is the coming together stage, it involves introduction, orientation and team players getting acquainted with one another. In this stage everyone keeps their minds open to the task ahead and is oriented properly about what to do.

In this stage, everyone is usually excited and eager to do the job and be productive to the best of their capacity. In this stage a team leader is usually Assigned and the goals/ vision of the group will be discussed.

Next stage is the storming stage. In this stage, personalities might clash and there might be conflict and disagreements. Every individual is different from the other so there’s bound to be disagreements in plans, ideas and alot of counter statements.

This stage is usually a very difficult stage as people will have to realize that despite all the quarrels and disagreements, they still have to find a way around it and work together as a team. If the storming stage is handled properly, it yields team bonding.

After the storm comes the norm. In this stage, the team members now understand each other and work together. They now put their emotions aside and try to get the work done. In this stage there’s no more conflict or misunderstandings lingering.

Everyone has now been assigned roles and working towards achieving their goals. There is also a sense of bonding within the team members and blending into each other’s personality. In the morning stage everyone is free to express how they feel without fear or favor Because they now see themselves like a team.

There is focus, determination, purpose, drive in this stage from everyone in the team. There could be an emerging conflict in this stage, but everyone is able to deal with it and handle it efficiently. The conflict that might arise wouldn’t be greater than the bond the team members now share.

The adjourning stage is the last stage of the Team Development. It is sometimes referred to as the ending stage. In this stage, the goals listed in the forming stage which is the first stage have now Been achieved.

The project is now being wrapped up and final tasks are being carried out also. There’s usually less work to do in this stage so some team members might be taken off and given new duties.

The success and threats of the project is usually discussed and sometimes if the project was well concluded there is usually a small party or ceremony organized by team members for a job well done.

How To Be A Better Team Player

The success of every team project is usually dependent on the team members.

If each team member works on themselves to be the best and puts in the work, then no doubt that at the end of the day they’d be successful.

If you want to learn how to be a better team player here’s some tips.

When working with a Team for a project, the worst thing you can do to yourself is doing everything with your own idea and perspective. A Lot of people tend to forget that it’s a team job and you have to accept other people’s ideas and perspectives. For you to be a good team member you need to be open minded, be approachable and coachable at all times.

The essence of working as a team, is because of the fact that 2 heads are better than one. When people come together for a particular task, you find out that the task becomes much easier. To be a great team player or member, you should be able to solve problems. When there’s an obstacle, try to share your opinion about it and think of a way through it.

It is essential that we always remember that as we work, we are to work with others. No man is an island so learn to embrace teamwork.

Everyone in the team has their own strengths and weaknesses, so if you’re better off in a particular plan , extend a helping hand to another who is finding it difficult.

When working with people, expect side talks and constructive criticism. Especially when the team members are still in the forming stage (getting to know each other) there would be lots of side talks so ensure to be open to criticism.

It’s called teamwork for a particular reason, Because you can’t do it all by yourself so at any point , it gets overwhelming to try and ask for support or help from the other team members so they help you out.

How Can Team Development Be Improved

In a team setting, everyone should be allowed to speak and communicate freely without fear of being shut down.

Best at communicating, usually outspoken, connects with a lot of team members, very productive and willing to know more

Possess great enthusiasm to work with others to achieve the goal at hand.