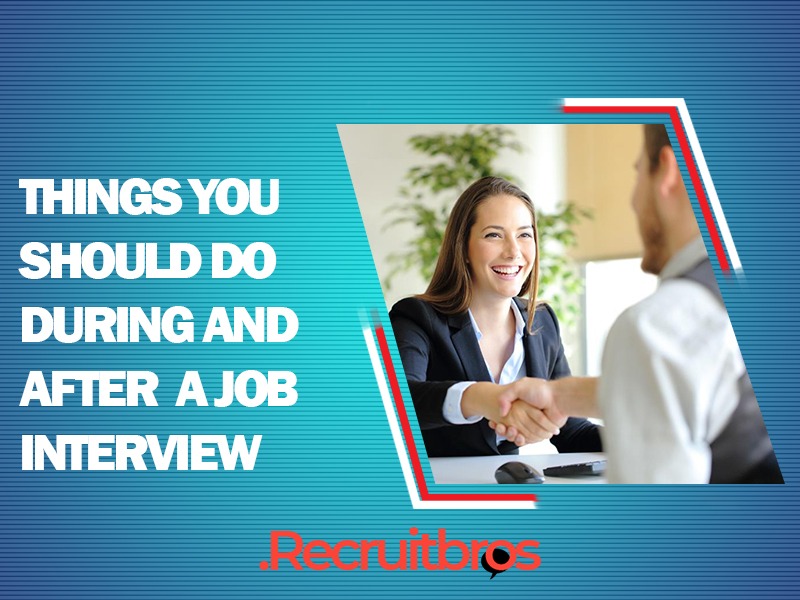 A good interview performance will improve the chances of getting a job offer.

Knowing what to do and what not to do can mean the difference between having a work offer and missing out on a chance.

When you are well-prepared for an interview, hiring managers and committees will say.

These pointers will prepare you for that work interview and show you how to impress future employers.

Your resume and application

Don’t send in a resume that is more than two pages long. For each open position, hiring managers and recruiters can review hundreds of resumes, so a short resume means that they can read it quickly.

Instead of listing all of your duties and positions, provide figures that show the effect you had at your previous or current employer. “Implemented new project review process, which culminated in a 20% rise in project completion rates across the organization,” for example.

Read Also: 9 Simple Strategies on How to Hire the Right People

Waiting until the morning of an interview to gather your materials is not a good idea.

You could easily be late for your interview due to unexpected circumstances, which could adversely affect the hiring manager’s first impression of you.

You should leave enough time to arrive at least 10 minutes early for your interview.

Avoid memorizing the exact responses to interview questions, as this will cause you to become anxious and stutter. Instead, keep track of the main points you want to express and smash that interview.

Format of the interview

Don’t: Show up unprepared for an interview. If you’re attending a recruiting event or an open interview, bring several versions of your resume to give out to various employers.

When you confirm an interview, inquire about the format so you can prepare ahead of time.

What to wear to the interview

Don’t dress casually. It’s easier to dress slightly more formally than is required than to arrive at the interview dressed too casually, as this gives the impression that you’re not serious about the work.

If you’re uncertain, dress a little more than you think is required.

Don’t slouch or cross your arms when answering questions. Don’t fidget with your hands. Make an effort to project optimistic and interesting body language. Sitting in a “safe stance” is the best way to exude trust.

That’s why you shouldn’t cross your arms or look reluctant or closed-off in any way.

Read Also: Sell Yourself vol. 1 ( Before The Job)

Actions at the interview

Don’t show signs of fear and don’t lose your patience if things go wrong or you’re asked a difficult query.

Also, don’t hurry with your answers. Keep cool because you don’t want to say anything you can’t take back.

This does not imply that you should remain silent and allow the discussion to be one-sided. If you think of something else to say, don’t be afraid to ask the interviewer to explain something, ask questions halfway through the interview, or even return to a previous subject you addressed.

So, though you don’t want to take over the conversation (remember, the interviewer has subjects and questions they *need* to cover), ask follow-up questions and make the interview a discussion rather than a one-way question-and-answer session.

What to highlight at the interview

Read Also: How to follow up after a job interview [Complete Guide]

Avoid the temptation to leap straight into your resume from the subject of your interviewer’s question.

Make sure your responses are tailored to the issue, remain on topic, and highlight how your experience relates to the topic. When they bring it up, you can bet it’s important to them, so make it clear that it’s important to you as well.

How to Make the Best of Your Past Experience

It’s tempting to wax lyrical about your previous accomplishments, but don’t let the details of a previous role take over the conversation.

Remember that, even though you enjoyed your previous job and learned a lot from it, your next boss is only concerned with how your previous experience can translate into your current role and help them.

Never lie around past employment missteps or pretend to possess skills that you simply don’t have, an honest interviewer will see through an effort to mislead.

If your lie does get you to a subsequent stage within the hiring process, you’re likely to be disqualified later within the vetting process and loose the job.

What do you feel about former employers?

Speaking negatively of a former boss will not earn you brownie points for the new future boss.

Do not blame a former employer, even though it is a rival of the business where you want to work. You’ll be seen as petty, or worse, a risky recruit.

What questions should You ask at the job interview?

Most interviews conclude with an opportunity for the applicant to ask any questions that have not been addressed previously.

But don’t wait until the end of the interview or until the interviewer asks if you have any questions about the aspects of the work you’re interested in knowing more about to ask.

Instead, as the discussion progresses, ask questions and demonstrate effort and trust.

The more conversational you can make the interview, the greater rapport you’ll develop with the hiring manager.

What’s the best way to tie things up and leave job interview?

Make sure you don’t hurry to the conclusion or walk away without thanking them and making eye contact.

Even if you’re anxious or concerned about how far the interview went, now isn’t the time to be depressed.

Concentrate on what you can manage right now, which is making a strong first impression.

Also, refrain from saying, “Do you have any reservations about offering me the position?”

They’ve just met you and need time to analyze what they’ve heard, and even if they have a serious problem, they’re not going to tell you right away!

It’s not a pleasant question to be asked, just as your boss wouldn’t ask you, “So, are there any excuses you wouldn’t want this job?” ” I’ve heard that asking the question above is a good idea, but I don’t think it’s ever a good idea, because it’s one of the biggest interview no-nos.

If you stay away from this, you’ll make a much better impression.