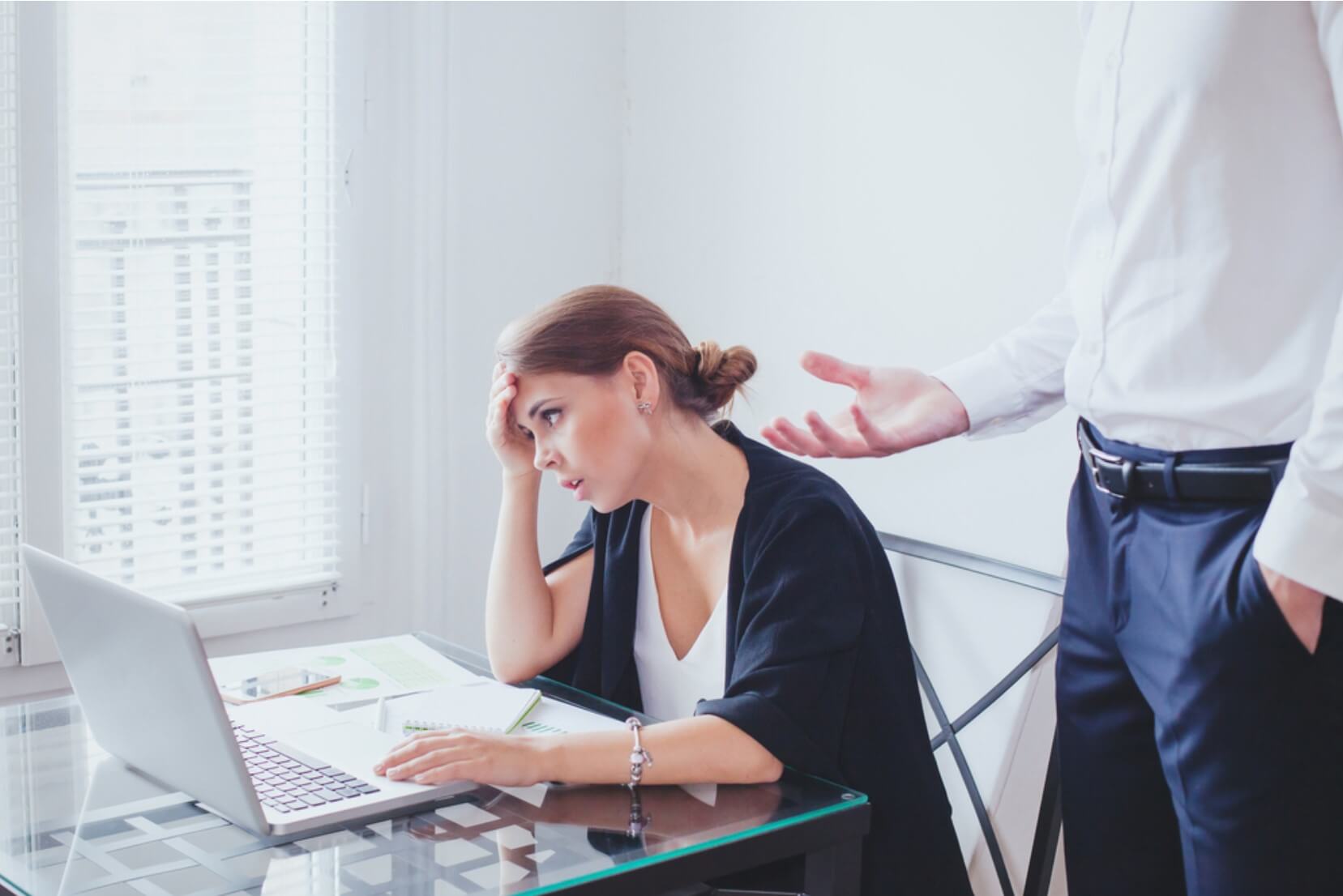 It may take some time and effort to figure out what kind of employer your interviewer is. But your actions might save you a lot of trouble in the future.

According to Forbes, a poor boss may lead you to despise 80 percent of your week, which may negatively impact your relationships outside of work (marriage, family, and friends).

Take the time during the interview to watch your possible boss’s behavior and ask him questions that show his work personality. If you do, you can avoid working with a boss who will only pull you down.

Signs of a Bad Boss

1. Ask your manager about how differences within projects or departments are usually addressed. The boss’s response will reveal whether or not he appreciates feedback and negotiation.

For example, if he states that all parties involved have an opportunity to provide input or explore possibilities before mutually deciding on a solution, it is a good statement.

Take note, however, if he indicates that he receives conflict notification from the team or project manager and takes a choice on how to settle it because your ideas and recommendations are unlikely to be valued.

2. Inquire about the individual who previously held the position for which you are interviewing. If the candidate got promoted, you have a chance to get promoted as well.

When you are told that the employee has quit moving somewhere else without explanation, this might be a red signal. Also, if they dismissed an individual, inquire as to what caused the individual’s failure.

How To Spot A Bad Boss During An Interview

3. Keep an eye on his movements. Take note if he answers his phone, text, reads emails or news on the internet, or generally does not give you his whole attention.

If he does any of these things, it’s a strong bet that he’ll do the same if you’re his employee and need to talk to him about something.

4. Pay attention to how the boss uses pronouns. If he uses the pronoun “you” when discussing the negative features of the position you seek, it implies that he may not be of much use to you.

As an example, “You will be in charge of quickly getting the team up to speed. For months, their sales results have been gloomy.”

If someone utilizes the word “I” while referring to accomplishments that should be ascribed to others, he may fail to give credit where credit is due.

The finest bosses are team players who recognize and respect the contributions and worth of each individual in the organization. However, as many of us are aware, many poor bosses feel that their triumphs are their own and that their workers are to blame for their misfortunes.

But how can you know which group your prospective boss belongs to when you meet them for the first time? Hanwell advises paying attention to how pronouns are used in the context of the dialogue.

5. Take note if the interview begins on schedule or if the boss arrives late. If he is late, he should apologize and provide a reasonable explanation. If he doesn’t explain, he may be displaying his real colors: disinterest and rudeness.

6. To determine the manager’s management style, inquire about her delegating philosophy. If he says, she believes delegating is just for personnel who have shown themselves, expect her to micromanage you.

How To Deal With A Demanding Boss

Your supervisor is continually conducting debriefs or scheduling meetings half an hour before the end of the working day, causing you to feel overburdened at work.

Prepare ahead of time to prevent conflicts with a domineering boss. Nothing is more stressful than uncertainty! Print the visuals, and charts, and pick a couple of epic lines by outstanding managers of our time to include in the presentation half an hour before the meeting. Be as crisp and exact as possible; this will defend you from the tyrant’s onslaught.

2. Don’t allow yourself to get bullied.

If you believe you are dealing with a bullying employer (or coworker), you can take the following steps to try to fix the situation:

As a result, they will respect you more if you are forceful and learn to say no.

Speak with your co-workers for support. Feeling alone or singled out is more difficult.

Be consistently courteous and polite in response.

Consider using positive reinforcement. When they are courteous, thank them.

Don’t lose your self-confidence or doubt your worth to the organization, or think you’re awful at your work.

If you keep your half of the bargain and the difficulties persist, you might want to consider engaging a third party, such as another manager or HR.

3. Don’t go to fight with your employer.

If your employer is bad, they will already be doing an excellent job of making themselves appear awful – chances are, you are not the only one who has noticed.

Instead, focus on performing your job effectively and working around their management flaws — whether it’s an organization, team development, or thinking long-term rather than just reacting to urgent initiatives.

This will make you indispensable to your supervisor and, presumably, will result in long-term benefits.

You may be wondering, “How did this individual become a manager?” Just keep in mind that occasionally the best employees aren’t the best managers.

They may have risen through the ranks by excelling at their occupations, but they cannot manage leadership. In that instance, instead of attacking or undermining them, the best approach to cope with the problem is forgiving and attempting to help them.

5. Speak to them about their basic principles.

What inspires your boss? What is it that they are concerned about? Which aspects of their employment do they enjoy and despise?

Use actions and words to demonstrate to your manager that your activities are consistent with their beliefs. Use language that is appealing to them, learn about their tastes, and adjust to them.

How To know A Difficult Boss