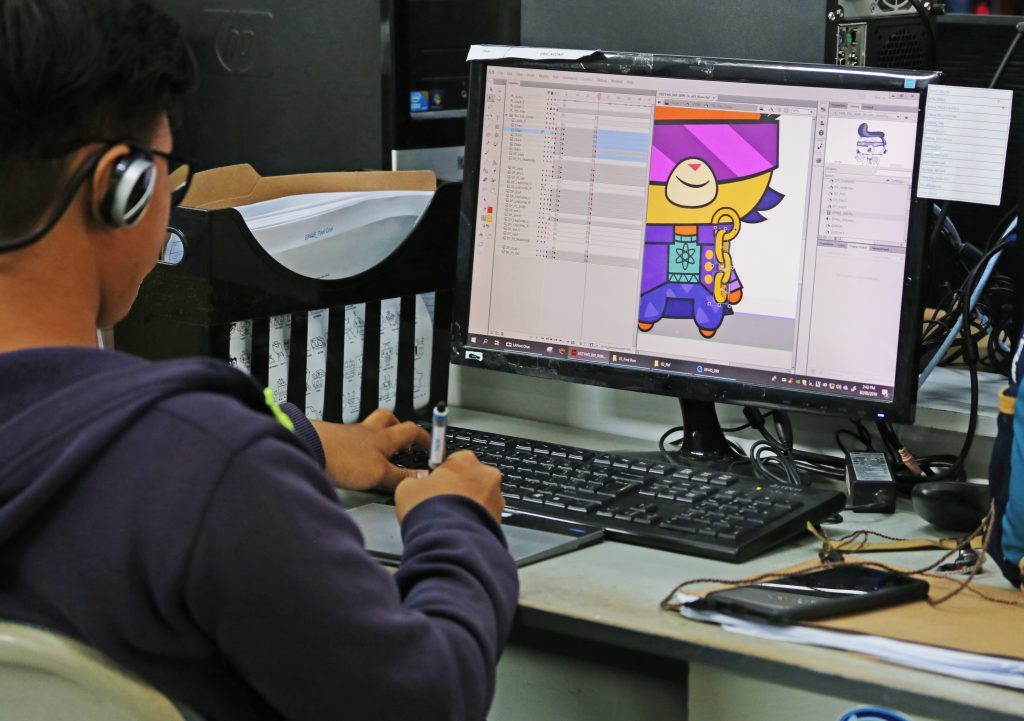 Do you love computers? If yes, you should consider being a digital animator.

This is a career for tech gurus who love animation. Digital animators use computers to create realistic designs for movies, video games and other visualizes media.

However, keep reading this guide and get your career started as a digital animator.

Who Is A Digital Animator

As mentioned earlier, technology has created more job opportunities and one of these job offers is digital animation.

Do you want to know more about this job? If yes, keep reading this post and settle your query.

They transfer art into computers by translating voices into animated video characters.

You would find digital animators working for major animation movie producers like Pixar and Disney.

They also work for video game development studios like Nintendo, Microsoft, and Sony.

Don’t you think this career would open you up to international opportunities?

Of course yes! a career in animation can allow you to travel and explore different parts of the world.

Most of these companies shoot their movies in different locations, so you can always hop on their train if you are great at your craft.

Furthermore, digital animators concentrate on designing a particular type of animation. They focus on creating cartoon characters and animating movie backgrounds, and scenery.

Those that work directly with actors may do a specific kind of animation that requires taking records of the actor’s movements, recording facial reactions and speech by applying their recorded media to their cartoon characters.

This process enables digital animators to create movements and conversations that are more realistic. This enables the viewers to relate to the gestures and animated characters in the movie.

Digital animators do not work alone, they always work with other animators to create great animated movies.

Each animator has their role and responsibility and in the end, all pieces are brought together to create organized movies. This enables cohesive content which would lead to the success of a movie.

With all these roles listed above, digital animators must be effective, good communicators, team players as well as critical thinkers to enable them to create the best content.

In addition, digital animators must also be analytical to help them organize disjointed animated projects.

Also, team playing is an important skill in digital animation because you may work with developers to transform animations into code.

Digital animators work full time on normal business hours which is 35 to 40 hours of work every week.

However, animators might also work overnight, during holidays, weekends, or late hours to meet deadlines if there’s a pressing movie project on the ground.

Many digital animators are hired as full-time workers while some may work part-time, freelance, or under a temporary contract.

Digital Freelancers are called by producers and filmmakers to assist their animators in creating good content.

In most cases, freelancers also travel with producers and potential clients to assist digital animators in accomplishing their tasks.

Animators use well-lit offices and studios to create animated content.

Some animations that use frames involve long hours of standing and sitting. They do this using computers and drawing boards for calculations.

As stated earlier technology has created more job opportunities for people and we live in a period where most people don’t disconnect from their devices.

Whether it’s a smartphone, iPad, or laptop, these products give us 24/7 access to a wide variety of entertainment options through videos and pictures.

However, animated movies, television shows, video games, and mobile games and apps are among the most famous entertainment mediums of our time, so the demand for professional and skilled digital animators would never go away.

Rather it’s expected to increase in the coming years because technology would grow over time. This gives businesses the chance to continue producing animated media content.

Although many digital animators are self-employed and work on a freelance basis for producers and filmmakers.

Many animators also work on a contract basis for famous movie and television studios as well as video game producers like Disney, Pixar, Nintendo, Sony, and Microsoft.

Because of this, certain locations across the world tend to be hotspots for the expertise and skills of digital animators.

While nearly every country in a continent will have some work for animation and multimedia artists, certain states will offer greater job opportunities for digital animators than other career paths.

The top 5 states with the highest employment rate of digital animators in the technological sectors, as rated by the Bureau of Labor Statistics are:

California made the top of the list because it is home to the greatest movie producers and movie locations in the world.

For instance, Pixar is located in Emeryville, CA.

Over the years this movie studio has produced and released some of the most famous and critically acclaimed animated films in the world.

Then there is the Industrial Light and Magic studio which was developed in the 90s by George Lucas in San Francisco, CA.

All these studios have made California famous for movie production.

Who Is The Most Famous Animator?

Disney is the most famous animation producer

How Many Years Does It Take To Become An Animator?

How Long Do Animators Work Daily?

Animators work about 40 to 50 hours every week.

What Should I Study For Animation?

If you want to venture into digital animation you should get a degree in MSc Animation, MDes Animation Film Design, MDes Graphic Design, MDes Programme in Animation, and MSc in Multimedia.

Are Animators In High Demand?

Due to technology, the demand for animators would continue to rise. Getting a career in digital animation would do you more good.

Do You Need A Degree To Be An Animator?

Who Is The Highest-paid Animator?

Hanna & Barbera. Net worth, Parker & Stone. Net worth and Walter Disney are the highest-paid animators.

How Much Is The Salary Of An Animator?

Is Digital Animation A Good Career?

Yes, digital animation is a great career for technological professionals. This career is expected to have more job opportunities in the coming years.

Now you know who a digital animator is, are you ready to explore this career?

Ensure you go through the requirements and qualifications needed to get a degree in digital animation because technology is not going away anytime soon.

Are you currently enrolled in this program? If yes, let us know in the comment section.