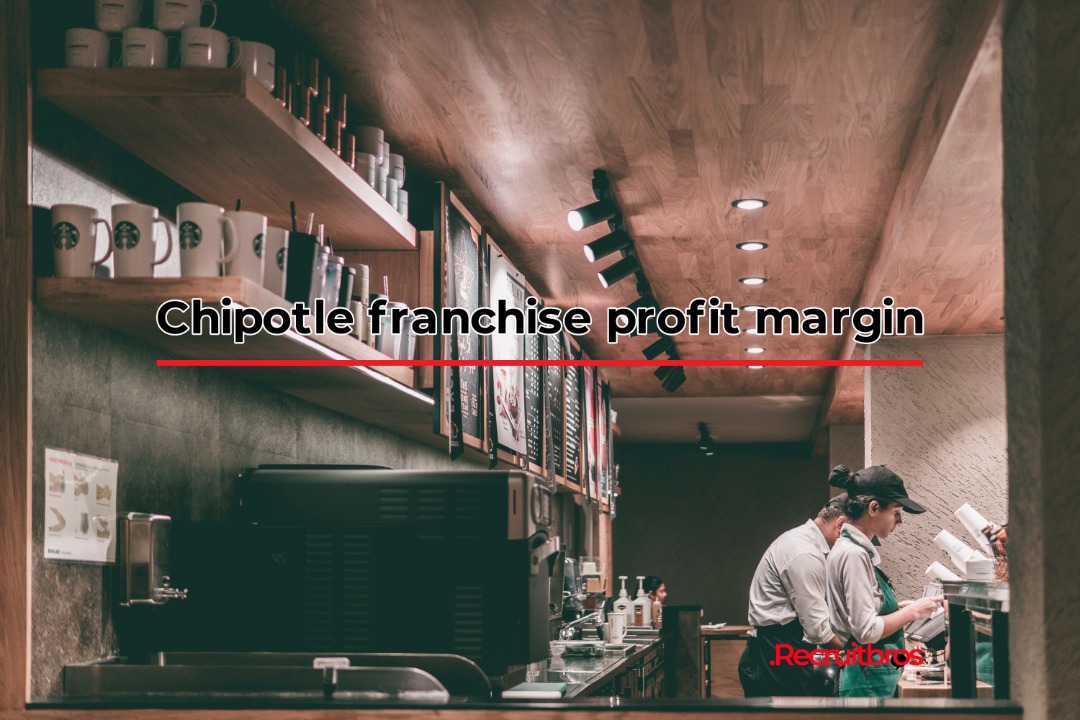 If you want to know how much a Chipotle franchise costs? That’s precisely what we’ll be about today.

We’ll talk about the following topics in addition to how much a chipotle franchise costs:

Chipotle Mexican Grill Inc. is a Mexican fast-food restaurant chain based in the United States specialising in burgers, burritos, and bowls.

Chipotle’s franchises are now operated by the corporation rather than being franchised.

Instead, the corporation owns and operates all of its stores.

Employees on the field staff are employed to work closely with, but not specifically inside, individual business restaurants.

Any of the following work vacancies can be included on the field team:

As a result, if the organization is preparing to open a new site, the field staff is in charge of recruiting new general managers and educating them at a current location so that they are ready for the new location when it opens.

Chipotle has opted not to franchise because they continue to maintain leverage of the company’s consistency.

The reason we don’t franchise is that we don’t need to. Companies tend to franchise because they need money to grow or operators to run their business. We have plenty of money for growth (more than $1 billion in cash on our books) and don’t have trouble attracting great people to run our restaurants.

When you franchise, you give up control over how restaurants are run, which can compromise the experience. What’s more, our business model is so strong; we would rather not sell off our revenues to franchisees in exchange for only a small percentage of that.

Because of our food culture… we tend to have the highest food costs in the industry as a percentage of revenue. That very much flies in the face of conventional industry wisdom, and it can be hard to do things like that if you have franchisees that don’t agree with those decisions or fall out of favour with them for some reason.

Finally, we want to maintain tight control over food sourcing without facing any potential pressure from franchisees.”

How Much Does a Chipotle Store Make Annually?

Chipotle’s decision to not franchise may have been the strongest one they’ve ever made because the company’s decision to retain its company-owned stores has resulted in better operations and higher earnings per store.

Chipotle’s restaurant expansion, on the other hand, has been moderate, at about 10% a year.

When compared Chipotle’s earnings to those of McDonald’s on a system-wide basis, Chipotle could equal McDonald’s overall profit with just half of its outlets.

With a record of $87.8 billion in revenue across all of its stores, both franchised and company-owned, McDonald’s seems to be throwing away even more of its money, with a net margin on system-wide sales of just 5.4 percent, less than half of Chipotle’s 10.8 percent.

Chipotle Mexican Grill Inc.’s company-owned model is not only more lucrative than McDonald’s, but its stores still have a larger profit margin.

Chipotle, on the other hand, saw a 17 percent increase in same-store revenue last year, while McDonald’s saw a 1% drop. Based on these factors, Chipotle is likely to outsell McDonald’s in terms of annual restaurant profits.

Chipotle’s supply has increased by more than 63 percent in 2019.

Excluding charges relating to organizational consolidation, restaurant asset deterioration, and other costs, the Mexican restaurant chain paid $3.40 per share, above the $3.01 per share forecast by Refinitiv analysts.

Price increase at the end of 2018 helped the company reduce beverage, beef, and packaging prices, but were partly offset by increased demand for steak.

Where To Find Chipotle Business Opportunities?

Chipotle does not sell franchising to any business owners interested in investing, and there is currently no room to open a licensed store like you would be able to for a company like Starbucks, however, the only other option is to think of other ways that may make sense to you.

Below are some options for the Chipotle franchise:

McDonald’s is an easy option for this list. First and foremost, it is the top-ranked organization on our Franchise 500 list. Secondly, it has been a long-term investor in Chipotle.

McDonald’s early investment in the Mexican restaurant helped Chipotle to flourish without franchising, according to Kate Taylor’s article for Entrepreneur.

“In the late 1990s and early 2000s, instead of raising money by selling franchise opportunities, founder Steve Ells turned to his technical and personal networks for funding. Chipotle’s other main donor, apart from Ells’ friends and colleagues, was McDonald’s,” she writes. “Burger King made its first acquisition in 1998 and had been the majority shareholder by 2001 while Chipotle was able to set itself apart from conventional fast-food franchises thanks to the expansion, which helped supply much of the money needed.”

Chipotle was sold by McDonald’s in 2006, so it’s still a decent chain however If you’re interested in finding out more about investing in the Golden Arches, go to McDonald’s franchising website.

While Taco Bell is 8th, however, this is the most famous Mexican restaurant on the Entrepreneur Franchise 500, Moe’s (ranked 219th) is the most stylistically similar to Chipotle. Burritos, Burger king, Nachos, and quesadillas are all available at this restaurant chain.

A Moe’s restaurant is often less costly than a McDonald’s, but that does not guarantee it is cheap. The group Focus Brands is also in need of a net worth of $1,500,000 and liquid capital of at least $500,000. If this sounds like you, click here to read more about franchising.

Qdoba and Chipotle have a lot in common however, Chipotle and Qdoba are both burrito chains that opened in the 1990s.

Chipotle opened in 1993, meanwhile, Qdoba opened in 1995 however both businesses had their offices in southern California and opened their first restaurants in Denver, Colo. In Newport Beach, there’s Chipotle, and in San Diego, there’s Qdoba.

Both businesses have a tradition of receiving funding from burger franchises, however, McDonald’s invested in Chipotle, and Qdoba was bought by Jack in the Box in 2003.

You will read more about the firm on its franchising website as well as take a closer look.

Leave a message below if you’d like to express your views!