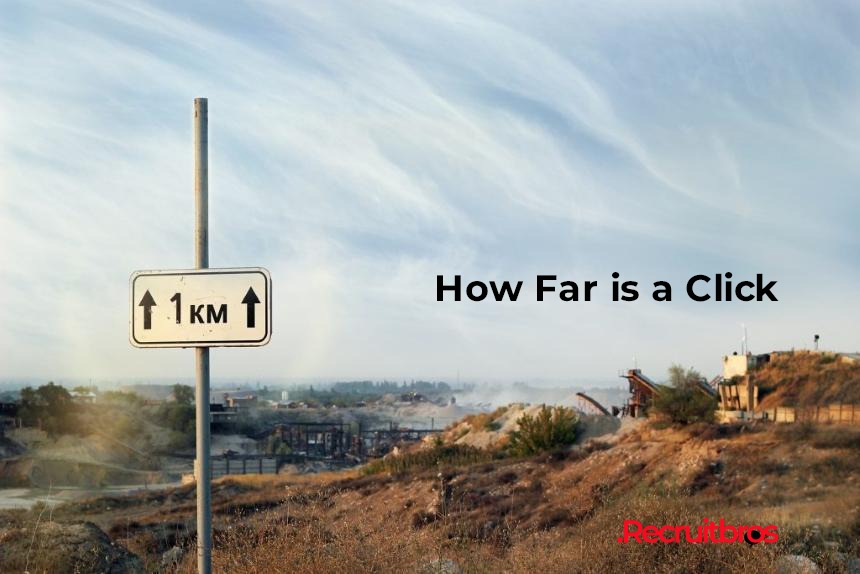 As a civilian, you can infer that a click represents a word in military men’s communications, but you may also be curious about how far a click is.

Military scholars say the word was coined by the Australian Infantry in Vietnam. Infantry troops, according to legend, navigated by bearing (compass direction) and measured distance by pacing (this was, of course, before GPS devices).

To keep track of time, one or two soldiers will be allocated to count their paces. A hundred meters is equivalent to 110 paces on flat terrain, 100 paces downhill, or 120 paces uphill. By shifting the gas regulator on the Australian L1A1 rifle one target, the soldier could keep track of each 100-meter “lot.”

The soldier will signal the section commander with hand signals after moving it 10 points (1000 meters), then show the movement of 1000 meters by raising the rifle and rewinding the gas regulator with a movement of the thumb, resulting in an audible “click.”

If you’ve read this far, you’re already aware that a click is equivalent to a kilometer in military terms.

How Far is a Klick

From the word “kilometer,” the expression “klick” was coined. As a result, one kilometer is equivalent to one klick.

The charts were created by the French, and after World War I, the word “kilometer” entered the military lexicon of the United States.

Since WWII and the formation of NATO, all maps produced and used by NATO members must adhere to the NATO Standardization Agreements.

The Military Grid Reference System (MGRS) is a mapping system standard used by NATO military members to locate locations on the Planet to the nearest meter.

The word “klick” is a common measure of walked distances by military personnel. When a soldier radios, “We’re 10 klicks south of your place,” they are referring to a distance of 10 kilometers or 6.2 miles.

The height contour lines on most international maps are often measured in meters.

The Military Grid Reference System (MGRS) is a geo-coordinate system used by NATO to identify different points on the globe.

Military members may be issued or create an MGRS coordinate, also known as a grid reference. Which consists of three components:

When zeroing in on a target with a pistol or a target rifle, the word “click” is used. One inch of space at 100 yards, is equivalent to one click of a soldier’s rifle.

One meter, ten meters, one hundred meters, 1,000 meters, and 10,000 meters are among the calculation precisions supported by the Military Grid Reference System. The lower the meter sum represented by the MGRS coordinate, the fewer numbers would be used in the coordinate.

What Are Other Common Military Distance Measurements?

A nautical mile is a unit of distance used in space, maritime navigation, and also for identifying territorial waters. On the diameter of the globe, one nautical mile equals 1.852 kilometers or 1,852 meters. It’s also the same as a minute of latitude.

A knot is a unit of speed specified in aviation and nautical military branches. This is equivalent to one nautical mile per hour, or 1.852 kilometers per mile.

Velocity is a term used to describe the trajectory of a projectile, such as a pellet, bullet, or slug. This is in comparison to the muzzle as it exits the gun’s barrel. The Army often employs this method of calculation to define the capabilities of various types of firearms.

When sighting in a firearm, such as a rifle, the word “press” (spelled with a “c” instead of a “k”) is used. One “press” on most guns equals one minute of arc, or, in other words, one inch of space at 100 yards.

One Minute of Angle (MOA) at 100 yards is a little more than one inch. One MOA, or 1/60 of an inch, is 1.047 inches, but rounding it to the nearest inch works for simple measurements. The word derives from the clicking sound that occurs as the sight correction knobs are rotated.

The term “click” has become commonplace in the military since its alleged inception. It’s used to transmit orders and intelligence from one soldier to the next.

Owing to how often military men use the word when they are not on service or when they leave, the term “click” has become a slang in our daily language.

And, as a result of their socialization, the slang spreads from person to person, becoming common.